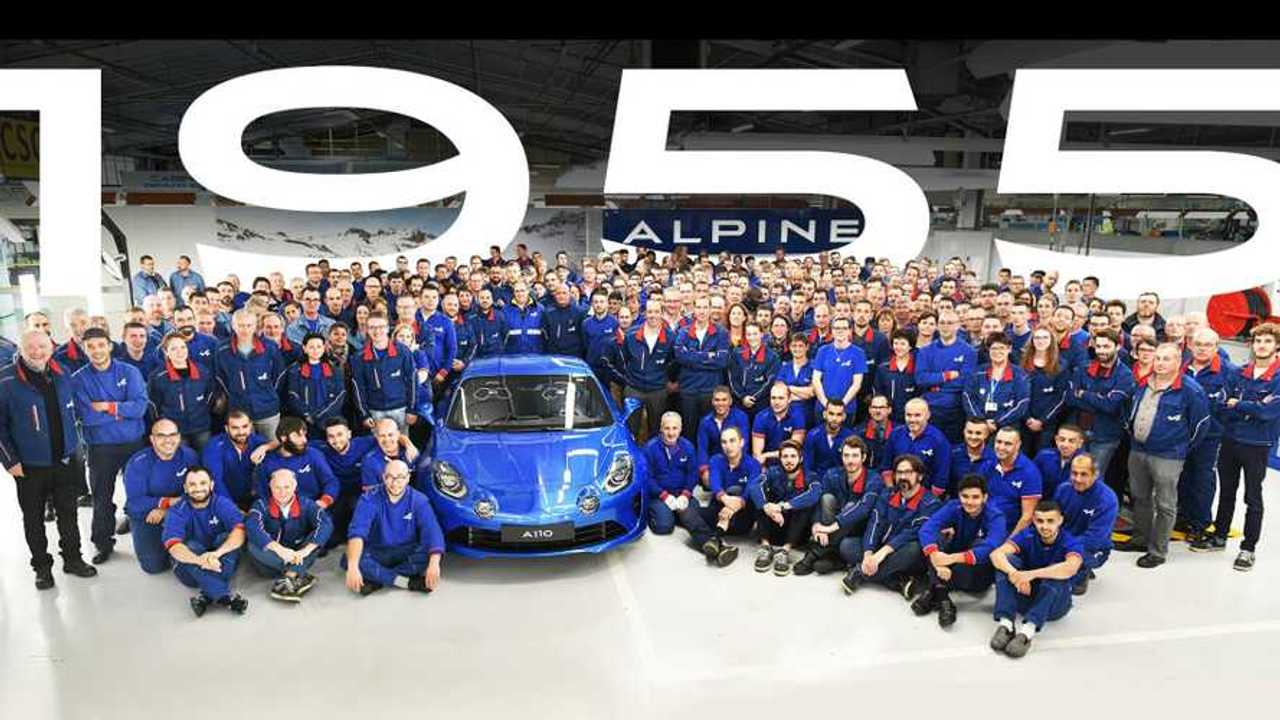 The Premiere Edition is no more.

The resurrected Alpine brand has wrapped up production of the A110 Premiere Edition.

The sports car maker's comeback album was produced in small numbers – just 1,955 were built in a nod to the year the company was founded and all were sold out within five days.

Compared to the standard model, all of the toys come as standard, including satellite navigation, climate control, cruise control, Alpine telematics and MySpin mobile phone connectivity. The Premiere Edition also came with standard features such as Sabelt sports seats, forged alloy wheels, and an active sports exhaust system – oh, and a numbered plaque.

It is powered by the same 250bhp turbocharged 1.8-litre engine that will be in all A110s, sending power to the rear wheels.

Weight was kept to a minimum – a target of 1,100kg was set during the car's construction, and beaten. The car actually comes in at a touch under at just 1,080kg thanks to a number of weight-saving techniques, including aluminium suspension components, lightweight 13.1kg Sabelt sports seats, and a world-first braking system from Brembo that incorporates the parking brake into the main rear caliper. That alone saves 2.5kg.

Now with the Premiere edition consigned to the history books, Alpine will turn its attention to producing Pure and Legende versions of the sports car at its factory in Dieppe.

The Pure is the more minimalist model of the two, which Alpine calls the 'lightest and most driver-focused' car in the A110 range. Meanwhile the A110 Légende is a more refined and sophisticated version which is better suited to long-distance driving or grand touring. It adds six-way adjustable lightweight Sabelt seats, full leather upholstery and gloss-finished carbon fibre interior trim. Three new exterior colours will also be available.

Both versions use the same aluminium structure as the A110 Premiere Edition, as well as the same 252bhp 1.8-litre engine mounted in the middle, mated to a wet-clutch, seven-speed dual clutch transmission. All of that, combined with double wishbone suspension at the front and rear makes for a lightweight, well-handling package.

So lightweight in fact, that the normal A110 weighs under Alpine's target 1,100kg, coming in at a measly 1,080kg. That is helped by a number of weight-saving measures, including aluminium suspension components, lightweight 13.1kg Sabelt sports seats and a world-first braking system from Brembo that incorporates the parking brake into the main rear caliper. That alone saves 2.5kg.