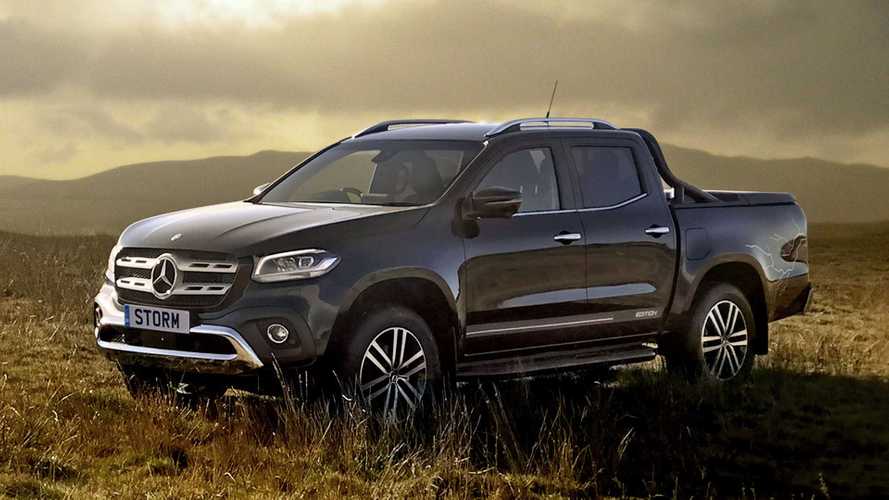 Striking special model comes with lightning graphics on the tailgate.

Dubbed the Storm Edition, the newcomer is based on the X 250d Power, which uses a 2.1-litre diesel engine producing 188 bhp and 332 lb-ft of torque. That, in conjunction with the standard-fit automatic gearbox, it’s capable of 0-62 mph in 11.8 seconds and towing trailers weighing as much as 3.5 tonnes.

Mercedes' new factory looks straight out of a sci-fi movie
⠀

The Storm Edition, though, adds to this with a number of external tweaks, including a tonneau cover for the load bed, lightning graphics down the flank and tailgate, and a black styling bar across the rear of the four-door cab.

Other, more subtle touches include side bars, mud flaps and a load bed liner, plus a set of velour floor mats for the cabin.

Storm Edition customers will also benefit from a two-hour off-road driving experience, which will take place across three “regional locations” in December.

The Storm Edition has been revealed ahead of its launch on Black Friday, which Mercedes is celebrating with a range of offers. The Storm Edition will be offered on a contract hire (also known as lease) basis, with prices from £449 per month plus VAT, plus the advance rental payment.

Mercedes has also revealed a new Black Friday offer for its Vito van, which will be available with a Sports Styling Pack, including chrome side bars, a chrome grille and grey branded decals, for £259 plus VAT per month on a four-year lease.

Both deals are available until December 31, 2018. Until that date, Mercedes will also offer van customers 48-hour test drives of the X-Class for customers aged over 25.

Steve Bridge, the managing director of Mercedes-Benz Vans UK, said: “We are announcing our offers early in the run up to Back Friday because we understand that many businesses don’t stop moving, in particular over Black Friday, so we want to give them enough notice so that they are actually able to take advantage of these offers.”