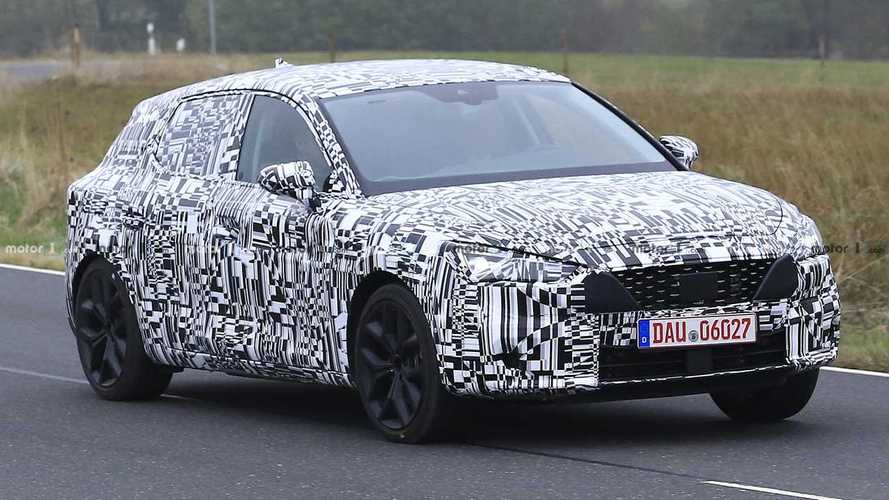 A concept for the fourth-gen Leon will be unveiled next March at the 2019 Geneva Motor Show.

Many people find the current Leon to be a sleeker alternative to the Golf, and while we don’t know how Wolfsburg’s eighth-gen hatch is going to look like (we’ve only seen test mules), we can confirm the revamped Leon will be quite the looker. Spied here wearing the full production body as well as the final lights, the compact five-door model appears to have a more upscale design underneath the camouflage.

It doesn’t seem to be visibly larger than the current Leon, but we won’t be too surprised if there’s more room inside the cabin as a result of further optimising the MQB platform. The coupe-esque profile suits the model perfectly and at the back, there seems to be a largely hidden full-width light strip in the same vein as on the Tarraco midsize SUV.

The glitzy front grille leads us to believe this prototype is an upscale Xcellence trim, while the bra-like plastic pads to the left and right are there to hide the corners of the grille. We also notice the bonnet is smaller as it no longer meets the upper section of the headlights, which by the way seem to be of the full-LED variety and with a completely new look.

Spy shots allowing us to check out the cabin are unfortunately not available in this batch, but in some of the adjacent images, we can catch a glimpse of the dashboard. It’s hiding underneath a black piece of fabric, so there’s not much to see, but considering that nothing sticks out from the centre console, some will be happy to hear the Leon IV won’t be getting one of those tablet-styled infotainment systems.

Ushering in a new design language for SEAT, the fourth-gen Leon will be previewed in March 2019 at the Geneva Motor Show by a concept car. We’re expecting the production-ready car to follow later the same year, quite possibly in September at the Frankfurt show. This time around, don't expect a three-door version as the Spanish brand is unlikely to bring it back since demand is low for this body style.

2020 SEAT Leon spied hiding its production body in the shadows
++