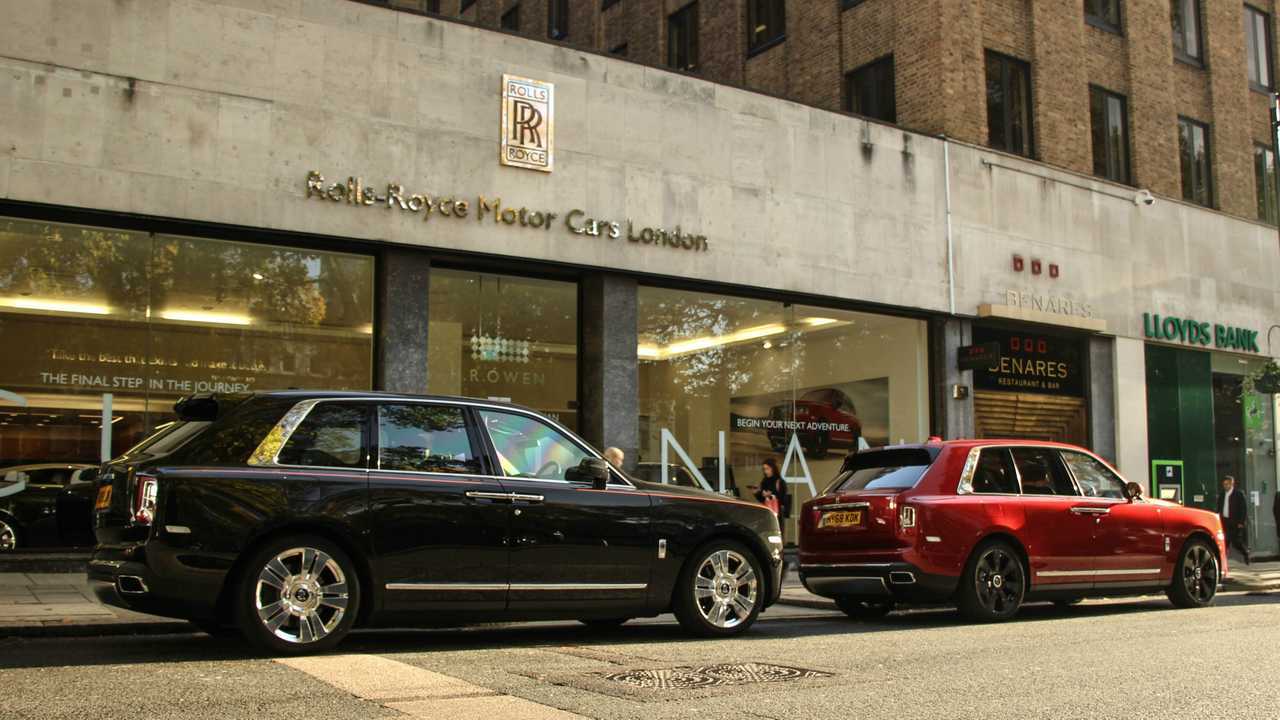 After months of previews, the Rolls-Royce Cullinan has finally landed in UK showrooms.

The car is Rolls-Royce's first SUV, although in order to keep its luxury image (and in some vain attempt at looking better than the competition) the Goodwood-based manufacturer insists that the Cullinan is actually a 'high-bodied car', and not a sports utility vehicle. Apparently that's a thing now.

More on the Rolls-Royce Cullinan

At a special event for deposit holders of the car at its Mayfair showroom in London, world-renowned Rolls-Royce dealer H.R. Owen showcased six examples of the car. The dealership was the ideal place to show off the ultimate in automotive luxury because it was awarded Rolls-Royce's coveted Global Dealer of the Year award earlier this year after it exceeded 100 percent in every area it was inspected in. That and it's of course in the heart of one of the world's most affluent places.

As well as the high-bodied nonsense, Rolls-Royce also says that the Cullinan is 'built for luxury on and off-road travel', but we can bet you the price of a Cullinan that nobody buying one will be taking it off-road. About that price, it's at least £250,000, but add options (and almost all will) and that price could end up pushing half a million.

For all that money you get a car that is the size of a small town, powered by a 563bhp 6.75-litre twin-turbo V12 Rolls-Royce engine mated to an eight-speed automatic transmission and four-wheel-drive system providing a 'magic carpet' ride quality – even on Britain's pothole-ridden roads.

It's a car that's got everything, including an exterior that only a mother could love, and now it's hitting UK roads. Lovely.

Gallery: Rolls-Royce Cullinan on the streets of London