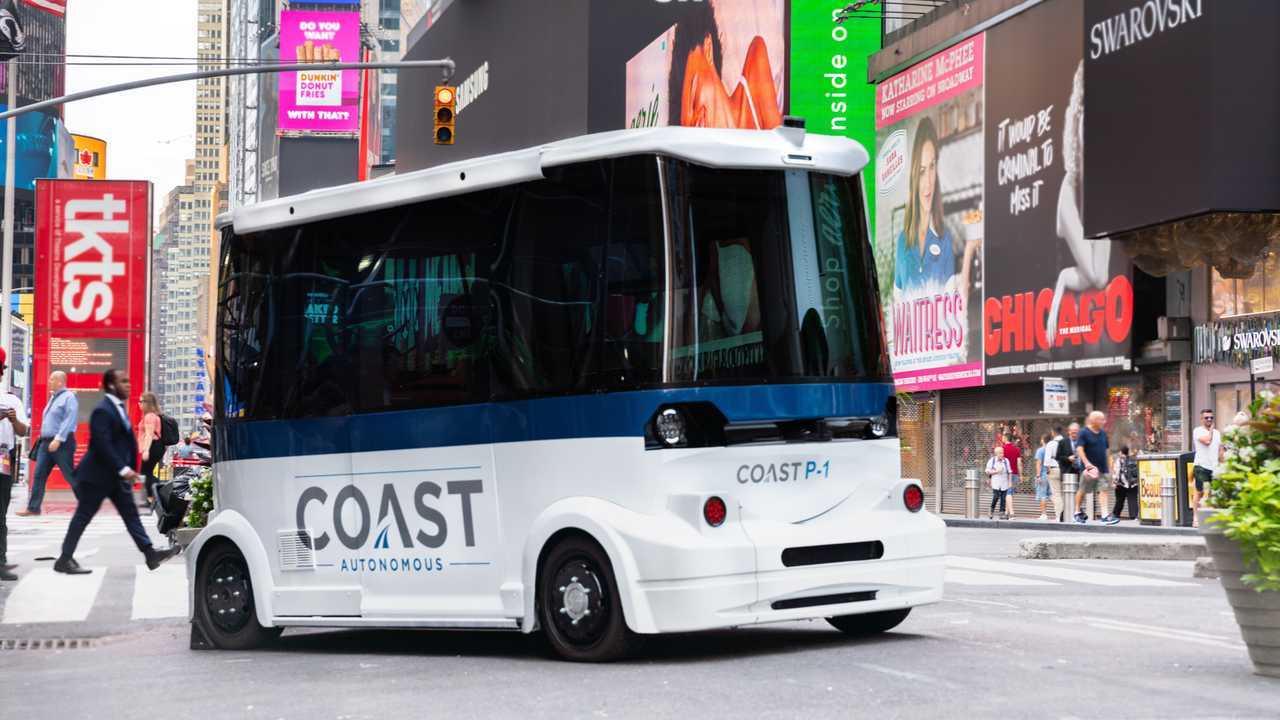 Allan McNish and Dario Franchitti are helping COAST get things off the ground.

There are some people out there that believe that the rise of the self-driving car could kill off the racing driver. They're wrong, so wrong in fact that two racing legends are actually putting their weight behind a new autonomous car venture.

Allan McNish and Dario Franchitti, who both enjoyed lengthy careers and won multiple championships, have been tapped up by California-based COAST Autonomous to help them deliver autonomous vehicle solutions for 'low-speed environments' such as university and college campuses, airports, resorts, theme parks and city centres.

Multiple Le Mans winner McNish and four-time IndyCar champion Franchitti will provide valuable input for COAST’s robotics and artificial intelligence algorithms, enabling the company to develop a more intelligent system which will not only be safer but smoother as well. It is planning a first roll-out of vehicles next year.

"Simply sitting in a car with Dario or Allan at the wheel is akin to taking a master class in driving. From start to finish, the way they drive is completely different from how an average person drives," said David M. Hickey, COAST’s Chairman and CEO. "They are completely aware of everything around them and anticipate every movement and trajectory of surrounding vehicles and pedestrians."

"They are basically performing advanced risk analysis and management instantaneously in a very disciplined and systematic manner. It seems completely obvious to us that if you are developing self-driving systems the very best professional drivers in the world should instruct the underlying artificial intelligence and software," he added. "As if that is not enough, Allan and Dario also know better than anyone what it takes to win. As success breeds success, we are incredibly fortunate to have their insight and guidance as we build a team to compete for victory at low speed.”

Franchitti added: "Winning the big races involves mastering the environment, attention to detail, ongoing and active risk assessment, and a constant effort to improve. Above all else, safety is paramount. COAST shares this same winning philosophy. Since COAST asked me to join the team, I haven’t been able to stop thinking about everything I do in a car that had previously been subconscious after years of professional driving,” said Franchitti. “I watch the slightest movement of a driver’s head or the twitch of a front wheel so I will know when and how a vehicle is going to change direction before it actually does. COAST is setting the standard for self-driving technology and I am eager to put my knowledge and skills to work with COAST’s world-class team."

The future mobility market is expected to £5.4 to £7.8 trillion according to recent predictions by Intel and Ford, making the race to develop self-driving cars a key one in the automotive industry.

"I am in total agreement with COAST’s thesis regarding the benefits of low-speed AVs in private sites, city centres and controlled environments," said McNish. "In my world travels, I get to see the problems with traffic and pollution and I do believe that a combination of electrification and enlarged pedestrian city centres with low-speed on-demand AVs for mobility is a solution that can significantly improve urban environments. In the meantime, I am looking forward to testing a COAST golf cart and P-1 Shuttle."

Gallery: Allan McNish and Dario Franchitti team up with COAST