2018 is shaping up to become the eighth consecutive yearly growth for Lamborghini with deliveries estimated to reach up to 5,500 units. That would be a major increase compared to last year’s 3,815-unit record, and it’s mostly thanks to the Urus SUV’s launch. Sant’Agata Bolognese’s initial plan was to make 3,500 examples per year of the LM002’s spiritual successor, but it’s already trying to figure out how to boost output to 4,000 – 4,500 examples. 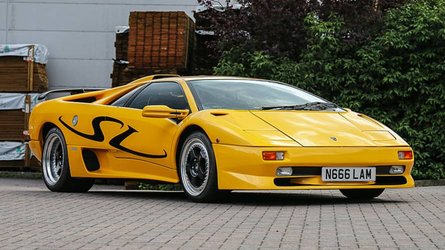 These reveals were made by CEO Stefano Domenicali in an interview with Automotive News Europe during which he made an interesting disclosure. About one third of Urus buyers trade in other fast SUVs such as the Porsche Cayenne Turbo and Bentley Bentayga, while two thirds of customers already have 4-6 cars in their garages.

Ok, so what do these have to do with the Espada’s revival? Because Lamborghini has a lot on its plate right now to match the strong demand its Urus is enjoying, adding a fourth model to the lineup is not a top priority. That’s not to say a 2+2 model is not being considered by the company as Domenicali admitted they’re thinking of a grand tourer:

“We are working hard to combine high performance with interior space and driving comfort in a package that, design-wise, should be striking as well as highly efficient in terms of aerodynamics.”

He went on to mention Lamborghini is not in a hurry to introduce what would be a spiritual successor of the Espada, mentioning it’s targeting a market launch between 2025 and 2027. There’s also the issue of finding the most suitable powertrain for the GT considering the automotive industry is embracing electrification and Lamborghini can’t ignore the trends especially since emissions regulations are getting tighter.

Domenicali admitted that a purely electric 2+2 GT is possible, but only if offered alongside a plug-in hybrid powertrain. While the company hasn’t received requests from customers wanting to buy an entirely electric supercar, Lamborghini’s boss says things could change by the middle of the next decade and they want to be ready by then.

Also on the subject of electrification, Domenicali revealed a plug-in hybrid Urus is still in the works, but it won’t be launched anytime soon since it would add complexity to the production process. Lamborghini first needs to speed up production of the regular Urus before introducing a plug-in hybrid V8 setup. Interestingly, Domenciali admitted a plug-in V6 was tested, but ultimately plans were scrapped because it “did not offer the performance level a Lamborghini should deliver.”