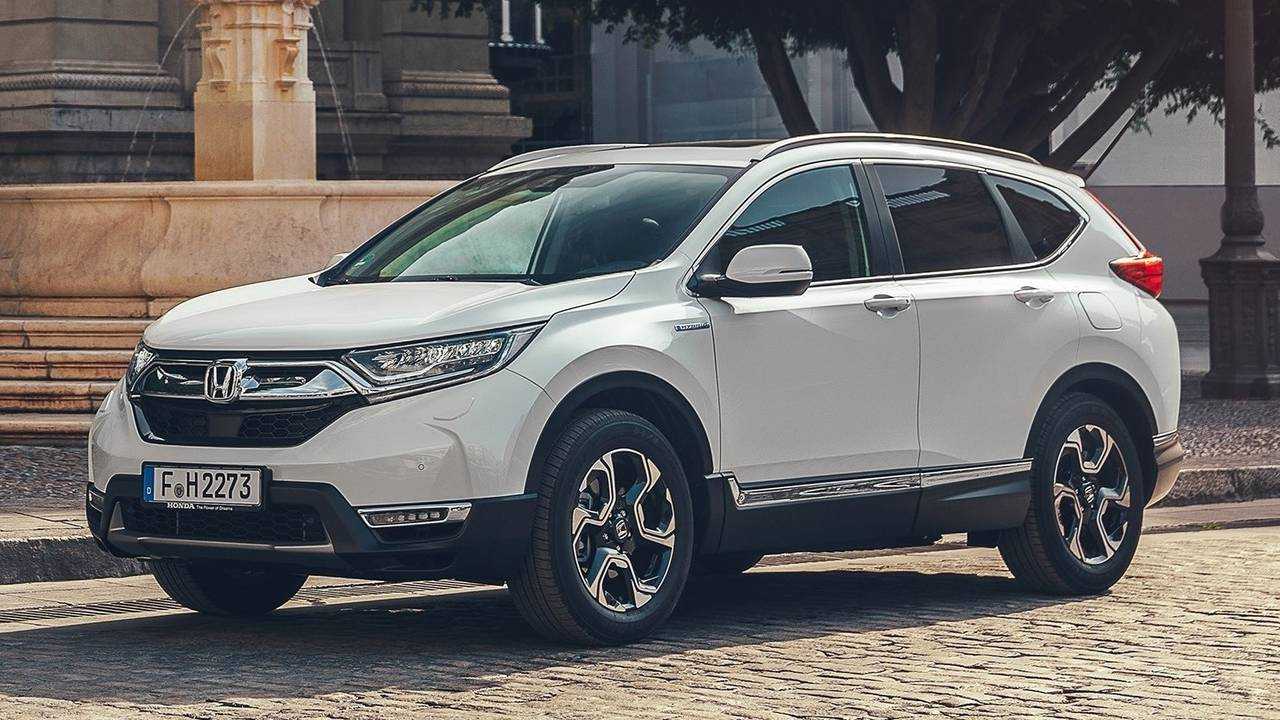 Honda’s new CR-V Hybrid SUV will arrive in UK dealerships in February, with prices starting from just over £29,000.

The family SUV joins the standard petrol-powered CR-V in Honda’s range, but uses a petrol-electric system to allow up to 53.3 mpg economy and CO2 emissions of as little as 120 grams per kilometre travelled.

A four-wheel-drive version will also be available, although that will lose some of the economy benefits of its front-wheel-drive sibling, returning 51.4 mpg.

No matter whether you choose two- or four-wheel drive, though, the car will come with just one gearbox - a so-called “eCVT” automatic - and only one seating layout. Where the petrol version is offered with seven seats, the Hybrid will only carry five.

Prices will start from £29,105 - more than £3,000 more than the petrol - but for that money, CR-V Hybrid customers will only get a front-wheel-drive car in the lowliest trim level available: S.

Although it may be the basic variant, it does come with 17-inch alloy wheels, LED lights and a range of safety systems, including lane-departure warning and a collision mitigation system that applies the brakes automatically if it detects an impending crash, thereby either preventing or reducing the severity of the accident.

For an extra £1,860, though, customers can have the SE variant, which adds two-zone climate control, parking sensors and a rear-view camera. Going for the SE also allows you to choose four-wheel drive, but it’s a £1,100 option.

The next rung on the ladder is the mid-range SR model, which comes with satellite navigation, leather upholstery and ‘push-button’ keyless start. All that comes in at a hefty £33,445, or £34,545 if you’ve gone for all-wheel drive.

If you’ve more to spend and you want a bit more kit, however, the £37,255 EX model crowns the range. Some of that £2,710 price hike is explained away by the fact that this version is only offered with four-wheel drive, but the rest buys you an opening glass roof, heated steering wheel and a head-up display. A ‘hands-free’ powered tailgate is also on offer, opening when it detects a kicking motion under the rear bumper.

Phil Webb, head of Honda UK’s car division, said the CR-V Hybrid was the first step in Honda’s plan to make hybrid and electric cars more prevalent in its range.

“The CR-V hybrid is the first step in achieving our objective of electrified powertrains accounting for two-thirds of our European sales by 2025,” he said. “In a marketplace that is going to become increasingly competitive as time goes on, the CR-V is well placed to achieve strong sales results and we have high expectations for this car.”