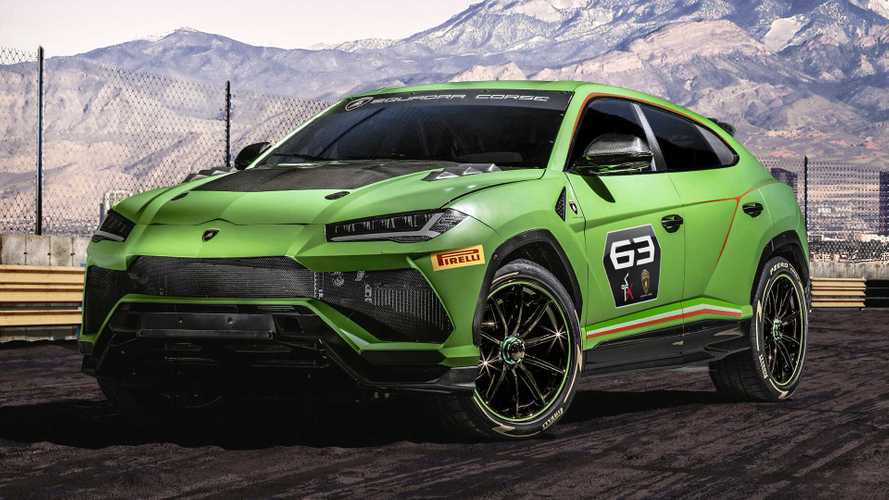 The pumped-up Urus will spearhead the Italian marque's single-brand championship in 2020.

Lamborghini Motorsport division, Squadra Corse, has been quite busy recently. Coming from the reveal of the devilish SC18, Squadra Corse's first custom-built one-off for the Italian marque, the guys didn't rest a bit and revealed the racing version of the Urus Super SUV – the Urus ST-X Concept.

Lamborghini SC18 is a one-off devil child of the Aventador

Squadra Corse's motorsport expertise was used in conceiving the Urus ST-X Concept. As it is made strictly for racing, it departs from the production version with optimised performance, a matte Verde Mantis livery, and FIA-approved safety elements, including steel roll cage, fire suppression system, and FT3 fuel tank.

Aside from the striking green paint job, the Urus ST-X Concept exposed carbon fibre bonnet with larger air intakes to supply more air into the twin-turbo V8 engine inside the bonnet. It will also come with a rear wing, hexagonal lateral racing exhausts, and a set of 21-inch single-nut aluminium alloy wheels wrapped with Pirelli tyres.

Significant weight reduction has also been employed to the Urus ST-X Concept. It's 25 percent lighter than its production version that complements its racing configuration. It also has a raised setup and added torsional stiffening by integrating the roll cage onto the SUV's frame. Its powertrain remains the same, still producing 641 bhp and 627 pound-feet of torque.

The racing version of the Super SUV isn't just for show, as Lamborghini intends to introduce the model at a single-brand championship that combines racetrack and off-road track in a single race. It will debut in Europe and the Middle East in 2020 on a race that will happen on specially-prepared FIA-approved circuits. This will also play host to an "arrive and drive" event that's designed to spoil the marque's beloved patrons.