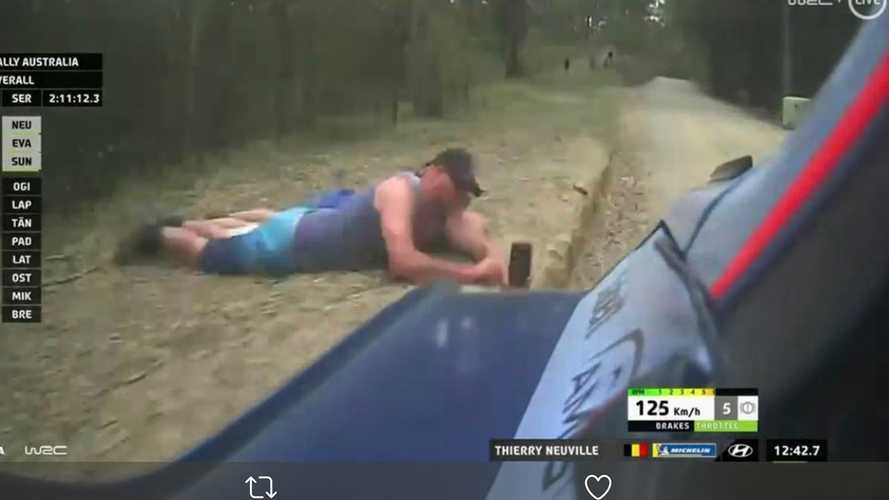 Police have identified a pair of daredevil spectators that survived a close shave with Thierry Neuville's Hyundai on the Welshs Creek Reverse stage at Rally Australia today.

Neuville's on-board camera picked up two people lying millimetres from Rhones Creek Road on the Welshs Creek Reverse stage this afternoon, in what appears to be a dangerous bid to snap a close-up of the car on a camera phone.

The footage shows that the Belgian was 78mph at the moment that he raced by the pair of thrill-seekers.

It's understood that local police have since identified the spectators through photos that were posted on social media, with an investigation taking place tonight ahead of interviews tomorrow.

Rally Australia organisers have declined to comment on the matter.

It's the second stage obstruction issue this weekend, Andreas Mikkelsen having encountered a tractor during a live test on Friday morning.

It also follows a similar incident last year, when two fans were spotted draped around rocks perilously close to the road trying to take photos on their phones.