Here's how far £45 in fuel will go in different countries 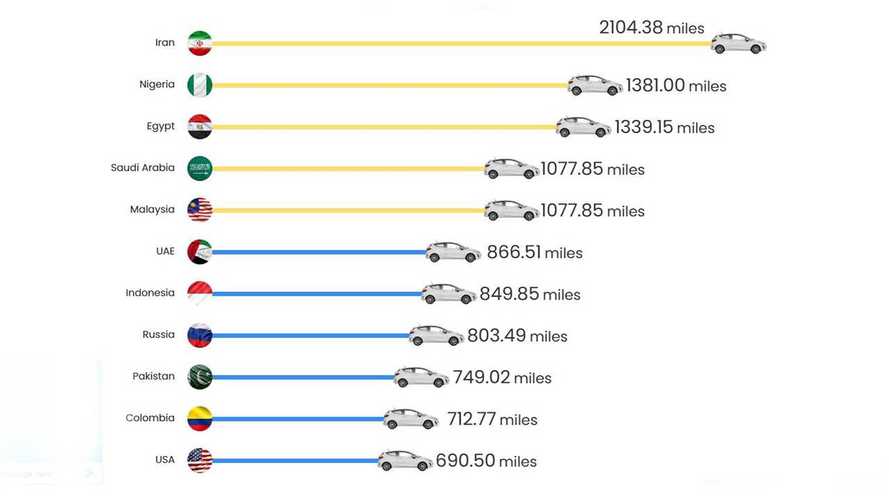 Fuel prices around the world can vary quite a lot, but we all are acutely aware every time the costs go up. This recent study from British insurance company Veygo might be of interest to those who follow such things, as it shows the current average price for a liter of fuel from 50 countries around the world. With that in mind, the company then posed the question – how far would 50 Euros (£45) of fuel take you in different countries?

Fuel makes the world go around, for now at least:

As you can see below, the price of fuel can vary significantly by location. As such, the distance covered with a budget of £45 can also vary significantly, especially in oil-rich countries where fuel prices are typically much lower. The type of car can also make a major difference, so for the purpose of this study Veygo selected an economical ride that’s available all around the world, though it happens to be the best-selling city car in the United Kingdom. We’re speaking of course about the Ford Fiesta.

We have a chart below with all 50 countries included in the ranking. To better reflect the standards used in other locations, the figures are listed in Euros, litres, and kilometres.