There's plenty of detail in these designs.

Some fresh renderings of the hotly anticipated mid-engine Corvette are doing the rounds over at MidEngineCorvetteForum.com, courtesy of a forum member named bdsvavars. We won’t attempt to decipher the meaning in the name, partially because we don’t even know where to begin, but mostly because our attention falls to these amazing renders. 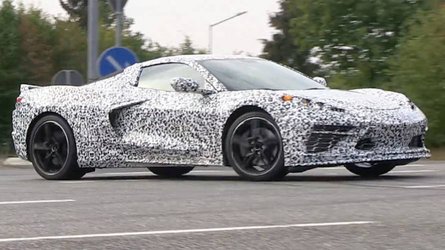 Mid-Engined Corvette Spied On A Speedy Run Around The Nürburgring 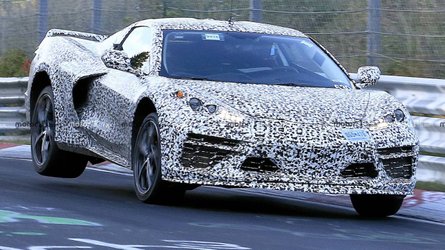 We have some of them below, but there are quite few more over at the forum in different colours and wearing minor changes to the sail panels that we recommend checking out. Renderings have been all the rage on Chevrolet’s forthcoming supercar since its existence was first confirmed some time ago, and with the camouflage getting thinner on test cars, talented artists have been able to imagine some of the features we can't otherwise see.

Something we haven’t seen much of is the car’s backside. These renders offer up quite a bit of detail, borrowing heavily from the current-generation ‘Vette to fill in some of the gaps and so far, we like what we see. We've been concerned that the new car might have too much of a Camaro feel, but these renders ease those concerns. Furthermore, we’ve seen tail-on views of the camouflaged prototypes in numerous spy photos, but these renderings suggest a softer shape to the rear pillars and glass that – in our eyes anyway – would look great as a split-window.

It’s a foregone conclusion at this point that Chevrolet will offer its mid-engine Corvette in different trim levels. Sussing out potential exterior differences will likely be all but impossible until the real deal is finally revealed, but if these renders are accurate to even the base model, we suspect the car will be a winner.

We haven’t heard fresh updates on when the camo wrap will finally come off. Current thought says it might happen next January in Detroit, but here’s some food-for-thought. Last year GM shocked us all with a surprise ZR1 debut in early November, followed shortly by the ZR1 convertible at the 2017 Los Angeles Auto Show. Might this year’s LA extravaganza hold another Corvette surprise?

Probably not, but hey, you never know.