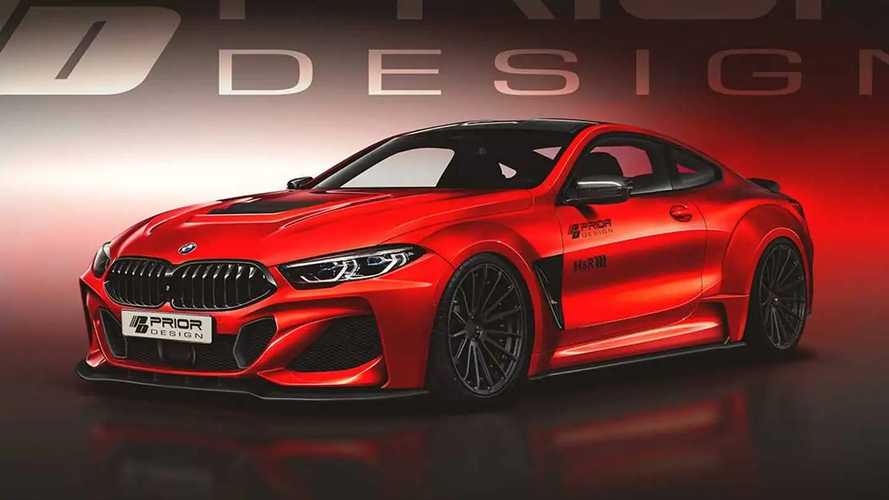 What's under the bonnet? Likely a twin-turbo 4.4-litre V8.

BMW’s latest and greatest coupe, the 8 Series, is already on the production lines and is available in some markets around the world. It is assembled at the company’s Dingolfing factory in Germany alongside the 5 Series and 7 Series, and its most powerful version to date is the M850i xDrive with a 4.4-litre V8 developing 523 bhp. We are patiently waiting for the M8, which should boost peak power to more than 600 bhp, but meanwhile, we’ve discovered what is most likely the first tuning project for the revived 8 Series in the world.

Some of Prior Design's previous projects:

It comes from Prior Design, a company well-known in the automotive industry for its wild widebody tuning ideas. We’ve seen spectacular projects based on the Audi RS6, Dodge Challenger, Mercedes-AMG GT, and even Tesla Model S, and this new offering is no different to the previous ones. Prior Design’s BMW 8 Series is still just a rendering, but it’s already looking very promising.

This first digital preview of the coupe reveals we will be dealing with a quite aggressive exterior design featuring wider wheel arches, additional side sills, a small fixed rear spoiler, and a vented bonnet. Also, the air intakes in the front bumper are significantly larger than on the stock car and the vehicle rides on 21-inch wheels on all four corners. As far as we can tell by this rendering, some exterior parts will be finished in unpainted carbon fibre. These include the roof, bonnet vents, side mirrors, rear wing, and front bumper lip.

When are we going to see the finished product? Only time can tell, but our bet is Prior Design will come up with a production version of the package early next year. Stay tuned!