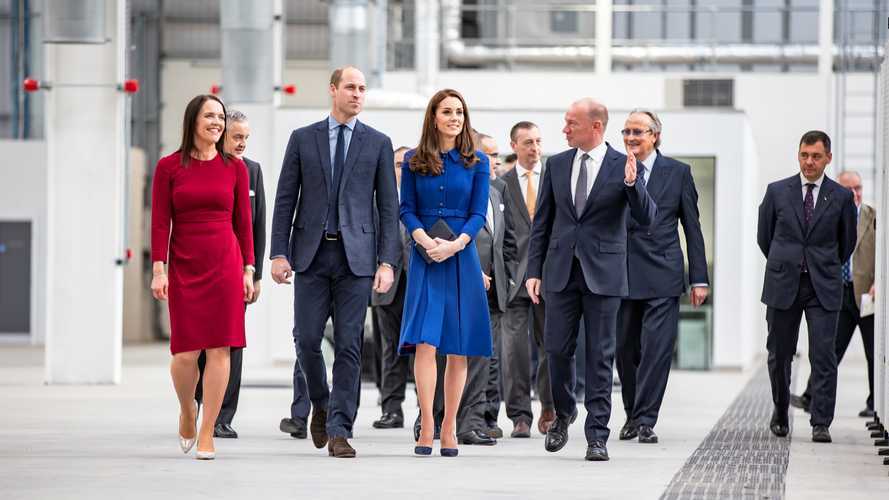 The site will focus on producing lightweight composites.

McLaren’s new £50 million production facility in Yorkshire has been officially opened by The Duke and Duchess of Cambridge and Prince Salman bin Hamad Al Khalifa, the Crown Prince of the Kingdom of Bahrain.

Named the McLaren Composites Technology Centre, or MTCT for short, the facility will focus on producing innovating lightweight carbon fibre and composites, which in turn will help the company produce lighter and more efficient vehicles in the future.

McLaren wants the UK to focus on lightweight cars

The royal guests were taken on a tour of the site, and watched the process for producing carbon fibre tubs, which is currently in its pre-production phase – from the cutting of the carbon fibre cloth, to the forming, pressing, machining and measuring of the final tub. They were also invited to press the button to start the cutting machine and speak to some of the people already working at the facility.

The MTCT is McLaren’s first purpose-built facility away from the McLaren Technology Centre in Woking Surrey. It was first announced in February 2017 and just five months of building, and six months of fitting-out, later, the facility has already set to work on producing McLaren’s next generation of lightweight carbon fibre tubs.

“It is an important milestone for us as a ground-breaking, innovative car company and allows us to tap into the great energy, vitality and skills this part of the world has to offer,” said Mike Flewitt, Chief Executive Officer, McLaren Automotive. “What goes on here at the MCTC will be vital for our ability to make good on our intention to continue to develop and unveil cars that are lightest in class; it is my belief that Britain – through facilities like this - can become a world leader in lightweight materials technology that will help create more efficient future vehicles.”

The choice of Yorkshire for the building allows McLaren to tap into the Sheffield region’s extensive materials expertise, skills, university resources, and dynamism which will help it to continue to launch 18 new models or variations, that will all be the lightest in their respective classes, over the next few years.

“We are proud to be bringing new jobs to the Sheffield region which has a long association with advanced materials; first with steel and now a future to look forward to with carbon fibre innovation and production for McLaren,” Flewitt said.