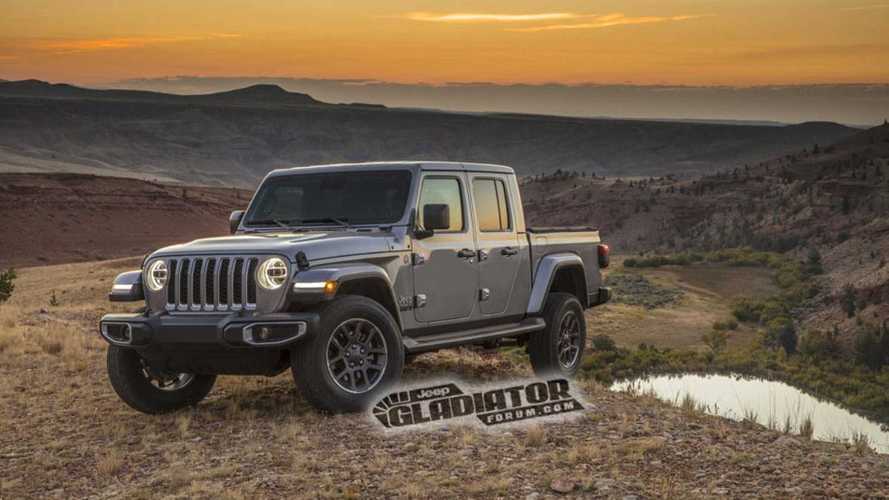 If the info is accurate, here's the new Jeep pickup weeks before you're supposed to see it.

It looks like someone at Fiat Chrysler Automobiles could be in trouble. A set of Jeep Gladiator photos allegedly pulled from FCA’s website have leaked, according to JeepGladiatorForum.com. If the photos are the real deal, it’s the much-anticipated Jeep pickup a full two weeks before we’re supposed to see it at the Los Angeles Auto Show.

It's a Jeep thing:

And that’s not all – apparently, the press release for the new truck was leaked in the website error as well, detailing everything you could want to know about the Gladiator. We’re digging through the information now, but the highlights include a 3.6-litre V6 petrol engine connected to either an eight-speed automatic or a six-speed manual. As expected, a 3.0-litre V6 diesel is in the cards for 2020. It’s said to have best-in-class towing for midsize trucks at 3,470 kg, and also have best-in-class payload capacity at 725 kg.

Even though it’s a pickup, the Gladiator apparently won’t stray far from its Wrangler roots when it comes to hard-core off-roading. The truck is said to have the ability to ford 75 cm of water and will ride on beefy Dana 44 axles with an electronic sway bar disconnect to offer greater suspension travel in trail-crawling situations. It will also get Tru-Lock electric front and rear axle lockers, with a Trac-Lok limited slip diff. 33-inch off-road tyres will apparently be standard-issue.

The Gladiator will also carry on the Wrangler tradition of offering a soft top, as well as two different hard top options. That’s something no other midsize truck offers, and actually, it reminds us of the old Dodge Dakota convertible pickup offered briefly back in the late 1980s. The Gladiator will also feature a folding windscreen and be available in dozens of different door/top/windscreen configurations. And of course, it will add a five-foot pickup bed in crew cab configuration. In other words, it will truly be a unique pickup truck in a very competitive segment.

We’re sorting through the info and pictures now so expect some updates to this article. Of course, this all depends on the information actually coming from FCA’s media site as reported. From our vantage point, however, it looks like this could be the real deal.