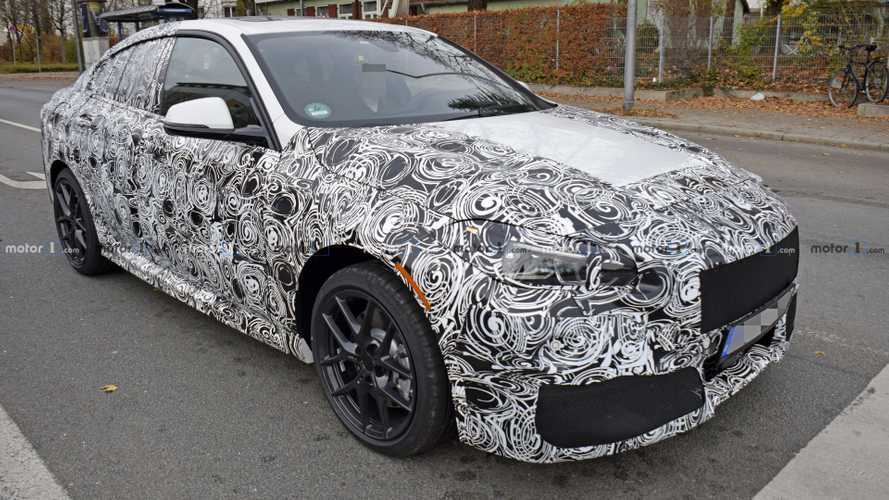 The swoopy saloon has the production body as well as the final lights.

While Mercedes is putting the finishing touches on the second-generation CLA, archrival BMW is not wasting any time either. Bavaria’s family of swoopy saloons will grow to include a 2 Series GC (codenamed F44) to join the existing 4 Series GC and the forthcoming 8 Series GC. We’ve spotted prototypes before, but this is by far our best look at the new compact that might have to fight a four-door Audi TT if recent rumours are any indication.

While the test vehicle does seem to have the full production body, BMW is trying to play tricks on us by slapping on some extra panels onto the real metal. Look closer and you’ll notice a plethora of tiny black rivets all over the car to join the fake panels with the actual bodywork. The front wings feature orange side markers, which could suggest the 2 Series Gran Coupe will be available in the United States as well.

Other noticeable features include the previously unseen final headlights and taillights looking quite sleek if we might add. The back of the car appears to have a built-in boot lid spoiler and a pair of exhaust tips indicating the prototype belonged to a higher specification of the sporty saloon.

We can’t see what’s inside, but the 2 Series Gran Coupe will likely inherit the cabin from the next-generation 1 Series hatchback due sometime next year. Speaking of the 1 Series, the former China-only saloon (now available in Mexico, too) was spotted once again testing in Germany. Don’t be too surprised if it’s going to be launched in Europe to compete with the Mercedes A-Class Saloon and the Audi A3 Saloon.

Like the 1 Series, the first-ever 2 Series GC will be based on a front-wheel-drive platform, namely the UKL architecture underpinning the 2 Series Active Tourer and Gran Tourer MPVs as well as the Minis. The hottest of the bunch will allegedly be an M Performance variant mirroring the X2 M35i. By that we mean it will use the same turbocharged 2.0-litre petrol engine as the hot crossover, so it will have somewhere in the region of 302 bhp and 295 pound-feet of torque.

If the reports are accurate, the 2 Series Gran Coupe will be introduced as early as next year. That seems just about right considering the prototype appears to be virtually production-ready.