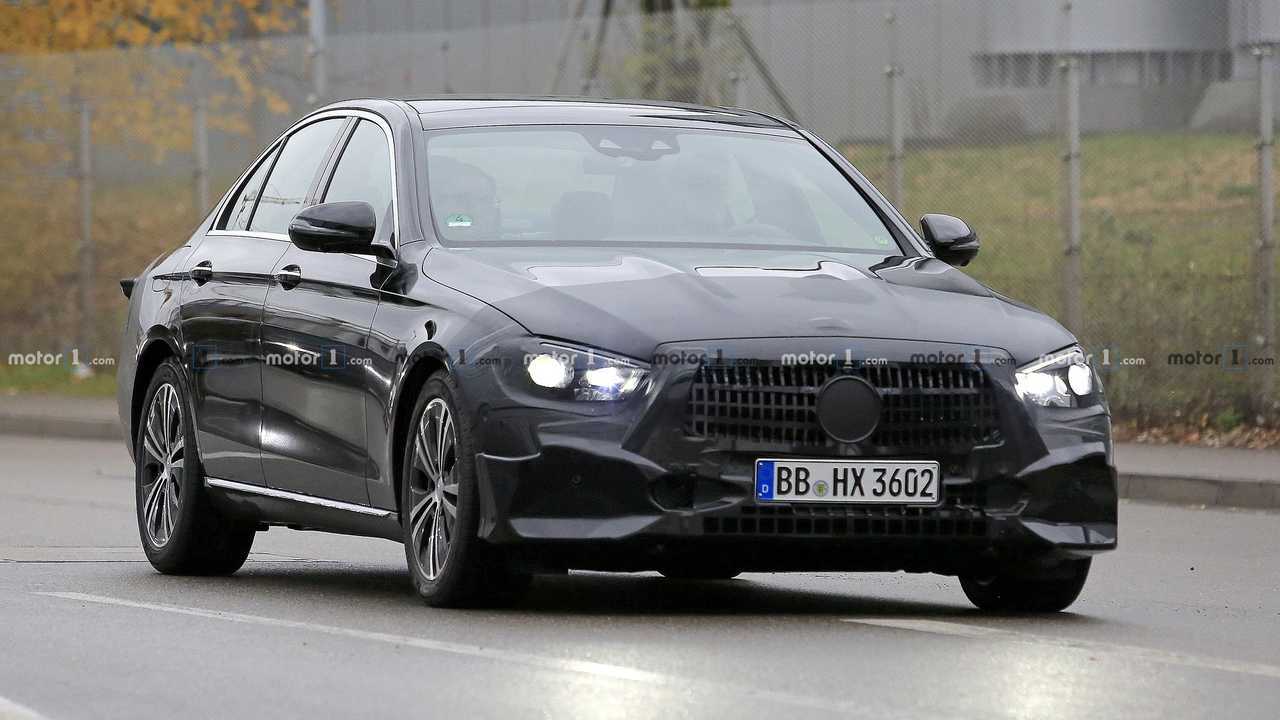 Never mind the ungainly taillights, those are just temporary.

Well, that didn’t take too long. Just days after checking out the Mercedes E-Class All-Terrain and the E-Class Coupe testing in facelifted guise, time has come to have an early look at the updated saloon. The bad news is there’s less to see because while the other two had the production-ready taillights, this prototype has those ghastly provisional clusters. We usually see these on early test vehicles of next-generation cars rather than on models preparing for a mid-cycle refresh.

A closer look reveals Mercedes went through the trouble of camouflaging the entire rear end of the car, but we’re not expecting any major changes aside from the modified taillights. At the front, peeking through the camo are the new headlights already seen on the other two prototypes mentioned before. These bear a resemblance to the ones installed on recent models such as the A-Class and the related 2019 CLS, though they’re not as sleek as on the hatchback or the swoopy saloon.

Additional black camo has been slapped onto the front bumper to hide what will likely be subtle cosmetic tweaks. The E-Class Saloon’s front grille also remains hidden under a piece of fabric with a mesh pattern, while the big three-pointed star is missing for some reason. The badge at the back is also fully disguised, and we’re also not seeing the Mercedes badge on the centre of the wheels.

The E-Class Saloon needs to stay fresh as it has to battle the all-new Audi A6 and its derivatives, but it will be a while until it’ll hit dealerships since a market launch is unlikely to take place before the end of the decade.

An early look at the updated E-Class family: