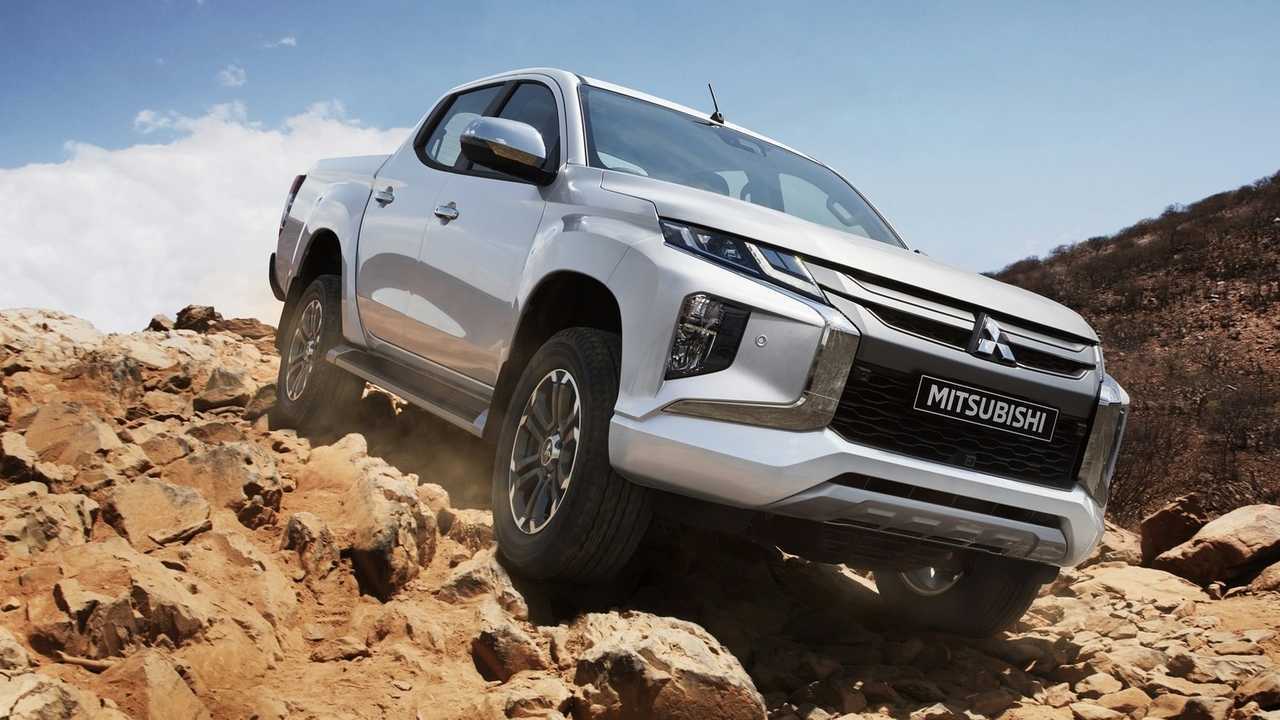 There's a new off-road mode for when the going gets tough.

Mitsubishi’s light commercial vehicle has been around for 40 years, stretching across five generations during which it also spawned some Chrysler and Dodge versions. The current one was launched in 2014, and now it’s getting a mid-cycle refresh to remain competitive in the hugely challenging one-ton pickup truck segment.

As you can easily see in the adjacent official images, this is more than just your typical facelift. Those radically styled Mitsu concepts we’ve been seeing in recent years have rubbed off on the L200 / Triton as the Japanese workhorse is getting an extreme facelift. The controversial front fascia embodying what the automaker refers to as the “Dynamic Shield” theme will remind you of the Eclipse Cross, although we believe it suits the crossover a little bit better.

The revisions go well beyond the new face as the pickup truck also features redesigned extended wheel flares – a change we rarely see on a facelifted model. At the back, traditionalist will appreciate the normal look of the L200, now with updated taillights and a modified bumper.

Design aside, the 2019 version adds a new off-road mode with Gravel, Mud/Snow, Sand, and Rock settings. Turn it on and it’ll handle the engine’s power, transmission, and braking to control the amount of wheel slip to boost traction on difficult terrains. The Hill Descent Control system will also come in handy by electronically controlling the vehicle’s speed while tackling slippery and/or steep descents.

The updated L200 / Triton is available with an assortment of safety features, ranging from a Forward Collision Mitigation system able to detect cars and people up ahead to something called Ultrasonic Misacceleration Mitigation. The latter was developed to reduce the risks of accidents caused by the improper use of the accelerator pedal when entering or exiting confined spaces. Blind spot warning is also available, as is Rear Cross Traffic Alert helping you avoid collisions when reversing.

Mitsubishi is being rather tight on details about the oily bits, but it does say the five-speed automatic transmission has been replaced by a six-speed unit offering the best of both worlds: better performance and improved refinement. In addition, there are bigger front brake discs and callipers for more braking power, along with enlarged rear dampers to increase ride quality.

Unveiled today in Bangkok, the 2019 Mitsubishi L200 / Triton will go on sale in Thailand on November 17 and will eventually reach more than 150 countries from all over the world.