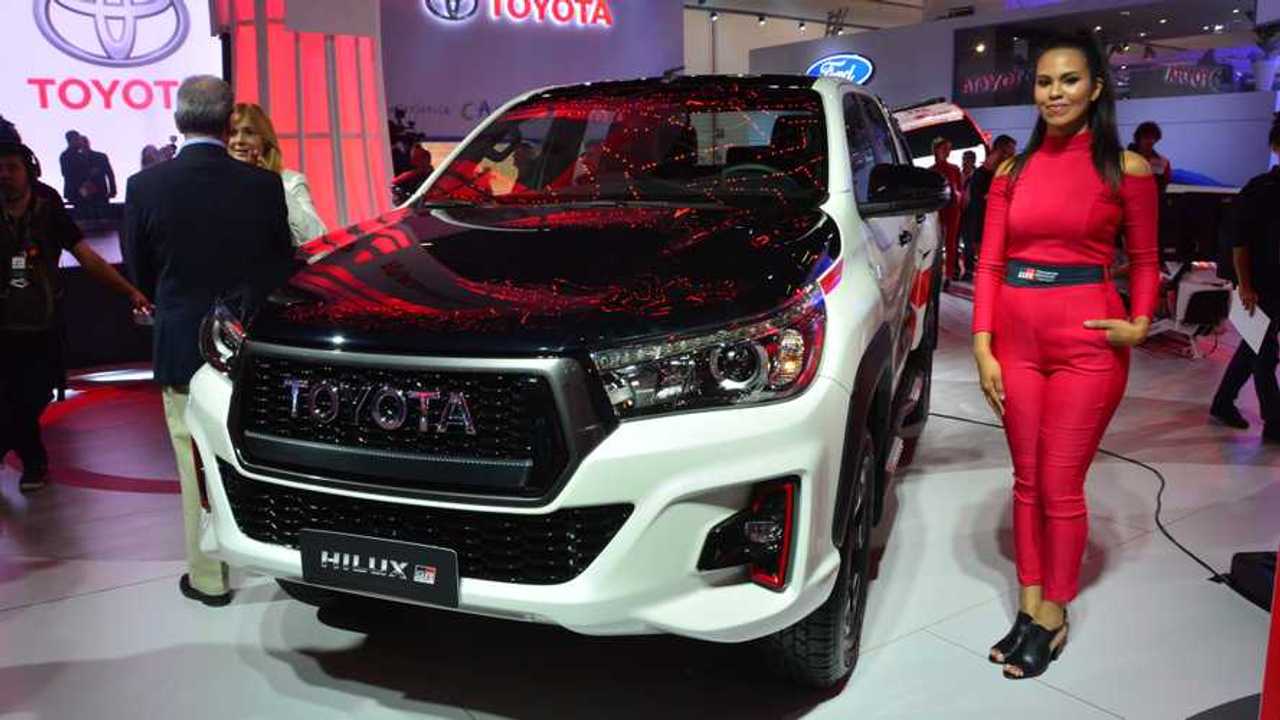 Gazoo Racing adds a vibrant color scheme to the exterior and upgrades the suspension.

Toyota's Gazoo Racing motorsport division turns its attention to the Hilux pickup at the Sao Paulo Motor Show to unveil the GR Sport limited edition. The sporty truck is limited to just 420 units in Brazil and deliveries begin in 2019. The model also marks the Gazoo Racing brand's introduction to the Latin America region.

More trucks on display at the Sao Paulo Motor Show:

Like other models in the Hilux lineup in Brazil, power comes from a 2.8-litre turbodiesel producing 177 bhp and 332 pound-feet of torque. It runs through a six-speed automatic and four-wheel-drive system with a low-range transfer case and locking differential. Gazoo Racing also adds a revised suspension for tackling off-road terrain.

Starting with the range-topping Hilux SRX trim, Gazoo Racing dresses up the exterior with a black grille surround and matching bonnet. Red foglight trim adds a pop of colour to the nose. The 17-inch wheels feature black centre sections and a polished rim. The trucks also get dark, tubular running boards with bare metallic sections where occupants would step into the truck. Gazoo Racing's black and red colour scheme adorns the decals on each side of the pickup, and the firm's branding appears on the rear bed side panel and tailgate.

On the inside, Gazoo Racing adds a few tiny details. The division's emblem adorns the front seat headrests and engine start-stop button. The chairs also have leather upholstery with red stitching. A plaque on the centre console displays the vehicle's production number out of the 420 units.

Elsewhere in the world, Gazoo Racing is putting the finishing touches on the new Supra ahead of its debut in Detroit, and the team is working on creating a racing version. The crew is also developing the GR Super Sport hypercar.