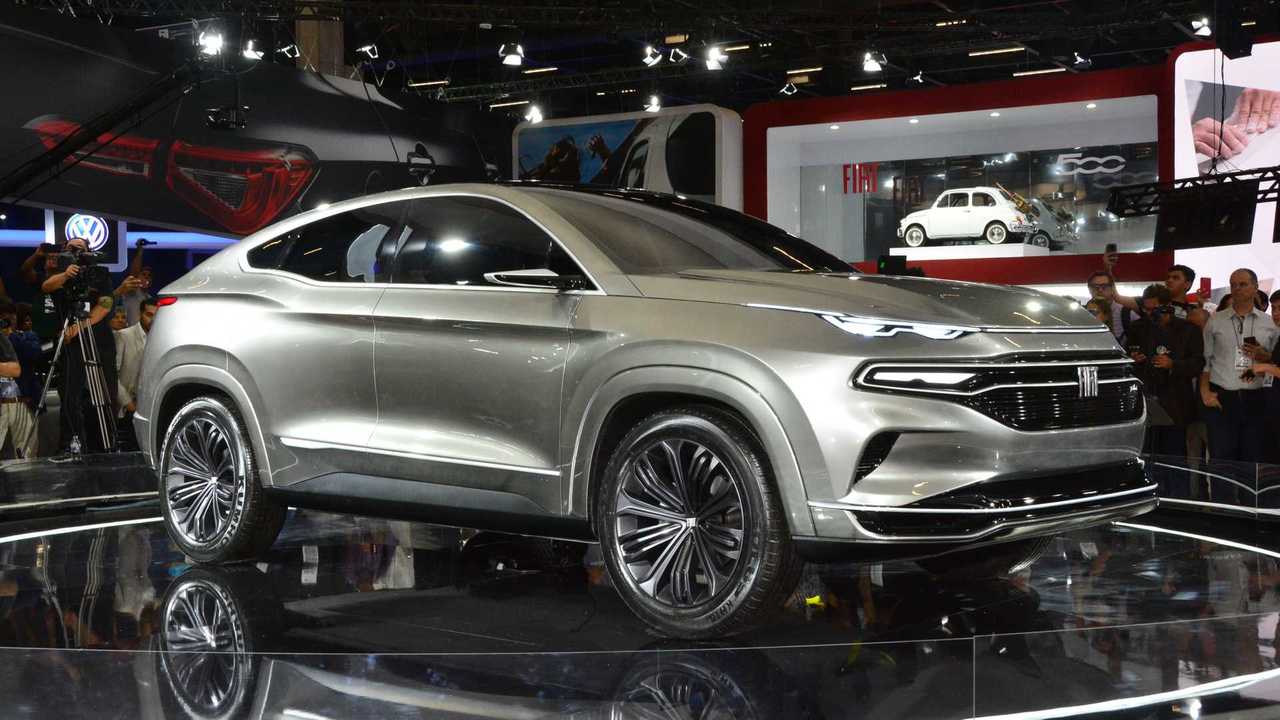 A production version will reportedly arrive in 2020.

Fiat wants to expand its SUV offerings in the Brazilian market, and the company shows a vision of the future in this hot segment at the Sao Paulo International Motor Show. The newly unveiled Fastback concept is a coupe-like crossover with a silhouette similar to the Mercedes-Benz GLC Coupe.

The Fastback concept features two-tier headlights that include a small strip of illumination at the tip of the bonnet and a second set of lights in the grille. The concept stays true to its name with a flowing roof that leads to a pair with thin taillights. However, It's hard not to see a styling similarity with the coupe-like SUVs from BMW and Mercedes-Benz when looking at this Fiat.

The Fastback is purely an exterior design concept at the moment. The vehicle on display in Sao Paulo had darkly tinted windows, and the company didn't put the interior on display.

Fiat did not go into detail about the model's platform or powertrain. From the Fastback's size, it's possible to guess that the vehicle uses the same underpinnings as the Jeep Renegade, Compass, and Fiat Toro pickup. "Fastback is the materialisation of Fiat's change," Herlander Zola, Fiat's commercial director, told our partners at Motor1.com Brazil.

During a speech at the Sao Paulo Motor Show, FCA Latam President Antonio Filosa announced a plan to invest 8 billion Brazilian Real (£1.6 billion at current exchange rates) into the country by 2023 for new models, engines, and multimedia systems. The automaker intends to launch 15 vehicles in Brazil in that time. A production version of the Fastback concept should be among them and could hit the market in about 2020.