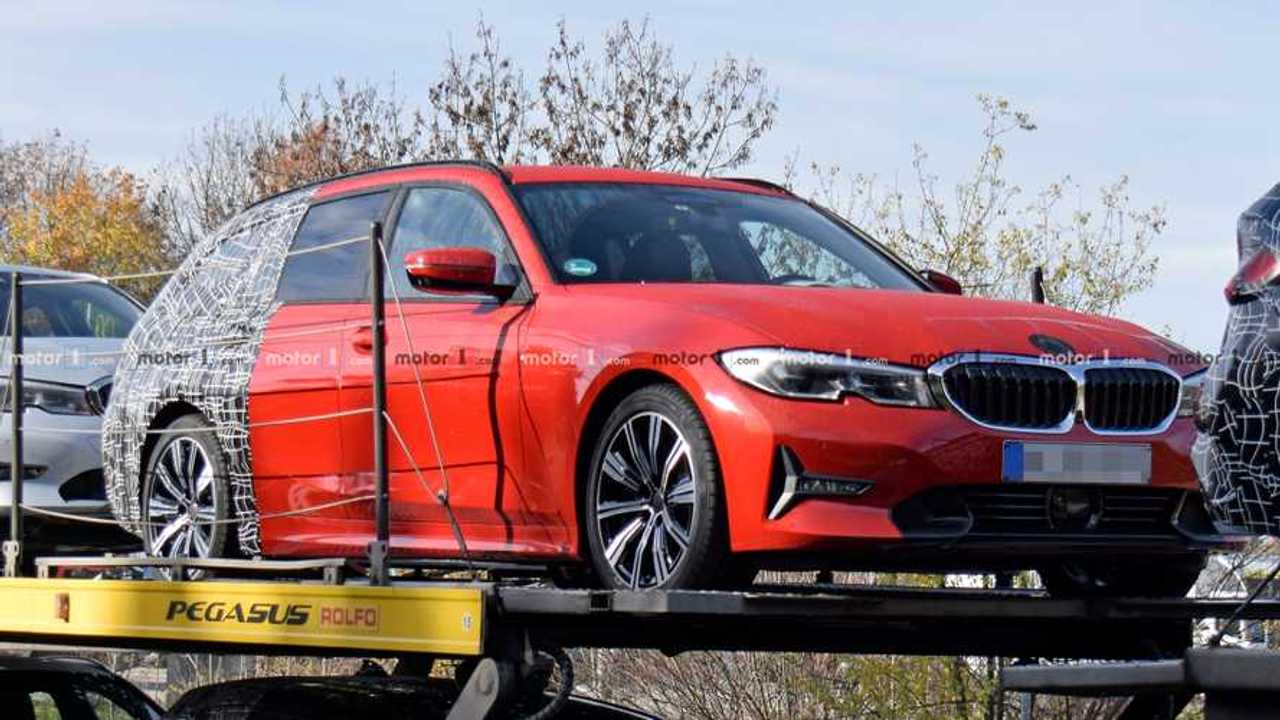 Rumours continue to swirl about an M3 version.

A new BMW 3 Series is already on sale, but those wanting to get the new Germany luxury saloon in estate flavour are stuck with the previous generation model. BMW is selling the new 3 Series saloon alongside the old estate – that is until BMW unveils the new 3 Series Touring/Sport Wagon, which is expected to happen next March at the Geneva Motor Show. While that is still months away, our trusty spy photographers have caught development prototypes testing in the wild.

BMW ushers in a new 3 Series:

There are only so many ways to slice an estate, and the 3 Series Touring is no different. It has an elongated roofline accented by classic BMW styling. It looks like a smaller version of the 5 Series Touring, which was to be expected. The spy photos look much better than the design registration photos discovered last month. The drab grey-scale of those images does no car any favours.

The new photos show the 3 Series Sport Wagon with camouflage on the rear half of the car. The uncovered front looks nearly identical to the 3 Series saloon. Even under the swirly paint, you can see several rear-end details that again look similar to the rear end of the saloon. The estate will benefit from the saloon’s larger size, giving customers more room inside.

Under the bonnet, the 3 Series Touring should share engines with its saloon sibling. That means a turbocharged 2.0-litre making 255 bhp and 295 pound-feet of torque will be standard. A 3.0-litre turbocharged inline-six engine producing 382 bhp and 369 lb-ft of torque will also be available.

Rumours are still swirling about an M3 version of the Sport Wagon. They’re not new, but a potent BMW estate would undoubtedly help fuel the rivalry with Audi and Mercedes, which both offer high-performance estates in the same segment.

As we get closer to the 3 Series Touring’s launch, expect more spy photos to emerge. Maybe we’ll even get to see a camouflaged version of an M3 Sport Wagon. We have our fingers crossed.