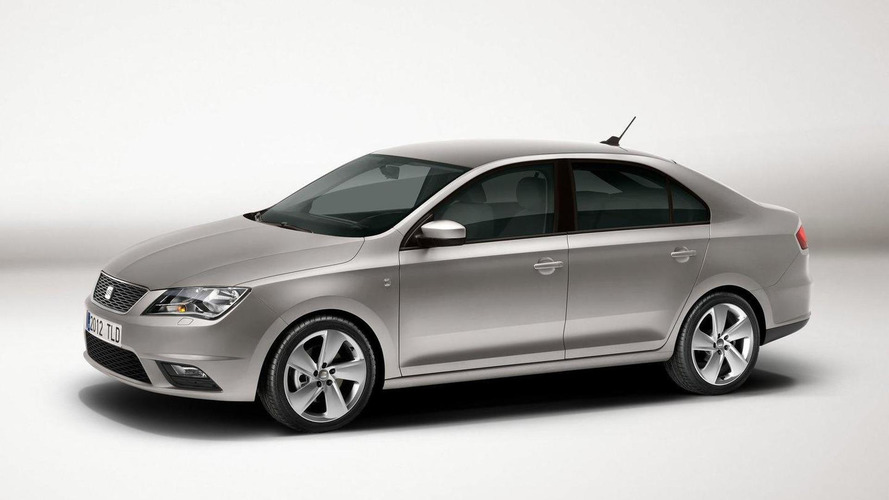 The small Saloon will be axed in the UK.

Seat, the Spanish company that sells re-worked Volkswagen hatchbacks (and now crossovers) has axed a car that everyone forgot it sold.

The Toledo (remember that one?) has been pulled from the company's UK lineup because, well, like we said, everyone forgot it existed. Only 6,726 Toledos were sold last year, while the Golf-based Leon notched up 150,000 sales and 74,962 of the new Ateca SUV were sold.

This time SEAT starts making its own model... at VW's main plant

If you want a Toledo, and we have to ask why, you can still get one for the time being – dealers that have them in stock will of course be allowed to shift their remaining units. The small saloon is usually priced from £17,130, but you might be able to haggle that down given its imminent demise.

With the Seat saloon on the chopping block, attention turns the the future. Long story short – there won't be another one. Instead Seat with continue to introduce more SUV-like vehicles to its range, including a new high-riding coupe that could be called the Terramar.

Meanwhile it has been hard at work readying its new Leon for 2020. The car has already been seen testing, most recently with a disguised production body. The new car will be similar in size to the current Leon, perhaps a little larger, but will be exclusively a five-door model – Seat has already  dropped the three-door version of the current Leon.