A tale of two American V8s in Britain.

So, you live in Europe and want to buy your dream American muscle car? Well, that’s finally possible when it comes to the Ford Mustang and Chevrolet Camaro. The former is available across almost the entire Old Continent, while the Chevy is offered in selected markets. If you should choose one of them, which one would you go for?

The folks over at FifthGear took the Mustang GT against a Camaro V8 to find out which car better suits European customers (and more precisely, British drivers). One of our favourite show hosts, Tiff Needell, takes the Blue Oval’s pony car for a spin to find out it “handles surprisingly well.” That’s not really a surprise given the fact that the test car was equipped with the optional adaptive suspension.

The Camaro puts a strong V8 mated to a manual gearbox against the Mustang’s automatic and a slightly lower curb weight. Which car’s faster through the corners? Make sure to watch the whole video at the top, there are some interesting surprises.

The Mustang versus Camaro is actually a tale as old as time. Earlier this year, we put against each other the open-top versions of the two muscle cars and discovered the Chevy has some advantages when it comes to performance and handling. The Mustang is the more practical of the duo, while the Camaro is more comfortable and has a better fully powered top.

At the end of the day, the Mustang and Camaro are both “fast, sexy, good-to-drive vehicles with not much white space between them.” Ultimately, “personal taste is what will help you pick your own winner,” but you won’t regret buying any of them. 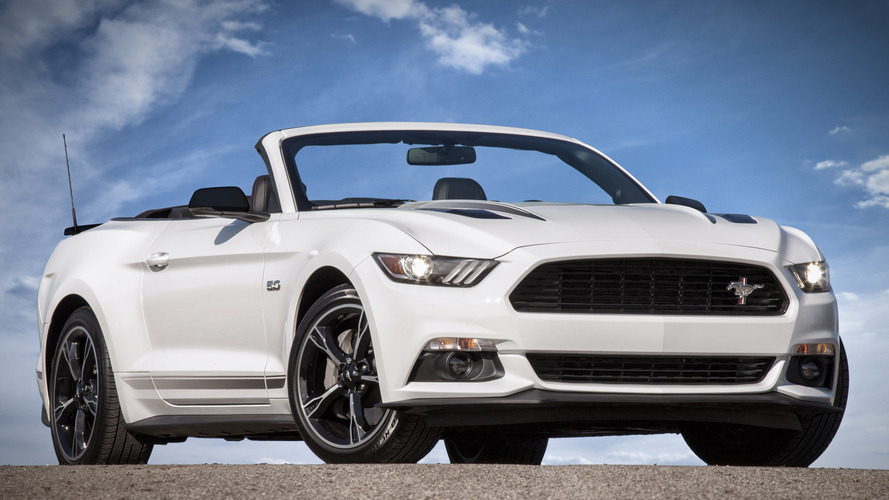