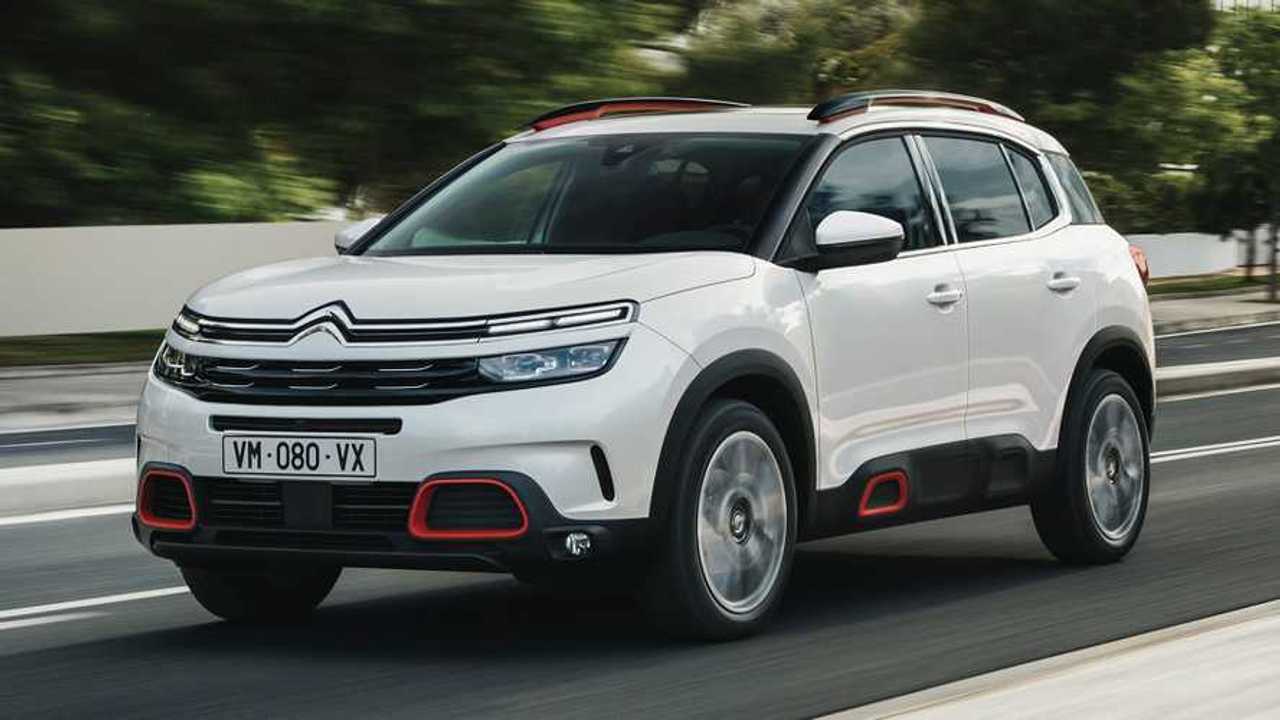 Available in a choice of three trim levels and with a range of four engine options, the five-seat SUV will offer a host of safety and technology features as standard.

More on the C5 Aircross:

The £23,225 asking price buys you the entry-level Feel model, which comes with a 12.3-inch digital instrument cluster and an eight-inch touchscreen infotainment system included. There’s a plethora of safety kit, too, including lane-departure warning and autonomous emergency braking, as well as a system that warns the driver of a possible collision.

Citroen is also keen to shout about its standard-fit Progressive Hydraulic Cushions, which are built into the suspension and offer what the French brand calls a “flying carpet” ride quality.

Spending an extra £2,100 will buy you the cheapest of the mid-range Flair models, which add leather upholstery, satellite navigation and a reversing camera to the Feel version’s kit list.

Crowning the range, however, is the Flair Plus trim, which starts at £27,725. For that money, you get a panoramic opening sunroof, wireless phone charging and a semi-autonomous driver assistance system called Highway Driver Assist, as well as all the goodies included with the more modest specifications.

All three trim levels get a choice of engines, with petrol and diesel options offered throughout the range. An eco-friendly plug-in hybrid variant is expected to arrive eventually, but it will not be ready in time for the car's launch.

For now, then, the ‘basic’ unit is a 128 bhp petrol engine that comes mated to a six-speed manual gearbox. Depending on the size of wheel fitted, it’s capable of returning between up to 54.3 mpg, with CO2 emissions of between 119 and 122 g/km.

Just one other petrol engine is available – a 177 bhp unit with an eight-speed automatic gearbox – although it’s only offered in tandem with the Flair and Flair Plus models.

The rest of the range is made up of economical diesel units, with the entry-level diesel being the 128 bhp unit found in the Feel model. Commanding a £1,500 premium over its petrol-powered stablemate, it can return around 70 mpg and CO2 emissions of between 106 and 109 g/km, depending on the wheel size fitted and whether you choose the optional automatic transmission.

The most expensive engine available, however, is the 2-litre 177 bhp diesel, which comes in at more than £30,000 – even in the mid-range Flair variant. With an automatic gearbox as standard, it returns up to 60 mpg and CO2 emissions of as little as 124 g/km – less impressive than its less powerful sibling, but a noticeable improvement on the 49.6 mpg petrol engine with the same power output.

Despite the rugged-looking bodywork, none of these engines is available with four-wheel drive, although a clever traction control system called Grip Control is available on cars fitted with the automatic transmission.

Once customers have chosen a trim level and an engine, they will have a choice of seven body colours, plus a range of colourful option packs, such as the Three Colour Packs, which add coloured inserts on the front bumper, side Airbump panels and under the roof bars.

Flair and Flair Plus models also get the option of a Hype Brown interior “ambience”, with brown leather on the seats, dashboard and steering wheel.

The new C5 Aircross will be available to order from December 3, with the first cars scheduled to arrive in the UK at the start of February 2019.