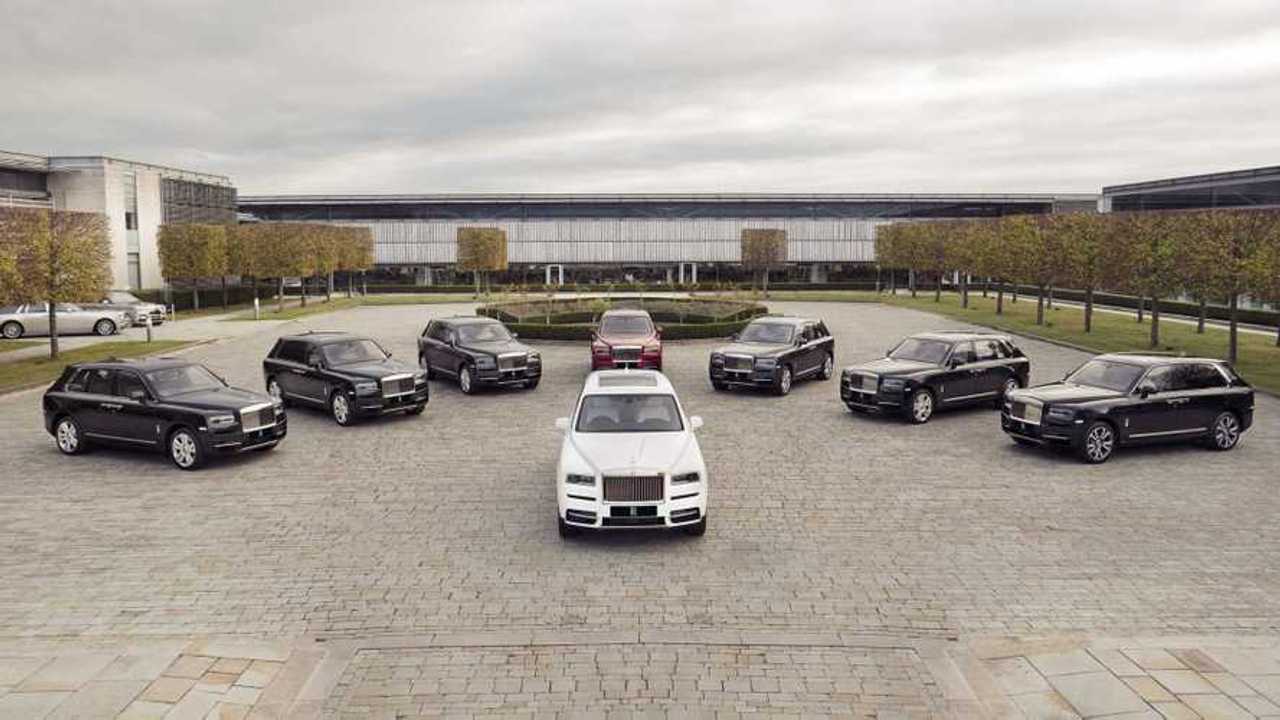 New SUVs arrive at dealers across the UK.

Rolls-Royce has sent its UK dealers the first Cullinan SUVs to be built for the British market, allowing customers to see them in the metal.

Eight vehicles left Rolls-Royce’s Goodwood headquarters, in the depths of West Sussex, at exactly 1pm on Friday, heading to flagship dealerships around the country.

After being signed off by Julian Jenkins, Rolls-Royce’s regional director, the cars were driven away by representatives of the respective dealerships, including Edinburgh, Manchester, Birmingham and London.

The cars will then go on display in the showrooms, allowing dealers to show potential customers around the vehicles and demonstrate their capabilities.

Speaking after the vehicles had departed, Jenkins said: “Response to our new Rolls-Royce Cullinan from the world’s leading opinion formers and global media has been unequivocally positive and I am delighted that, from today, prospective clients will have the opportunity to experience this remarkable motor car via their local Rolls-Royce showroom.”

Described as ‘effortless everywhere’ by its manufacturer, the Cullinan is Rolls-Royce’s first SUV.

The exterior design incorporates many of the now-traditional Rolls-Royce design cues, including the towering grille and squared-off headlights, as well as the tapered bonnet and ‘suicide’ rear doors.

Inside, the car is designed to be the last word in luxury, with bespoke upholstery and equipment on offer.

But although the cabin might be customisable, there’s only one engine on offer. The 6.75-litre V12 is adorned with two turbochargers, bringing its total power output to 563 bhp, and allowing the car to hit an electronically limited top speed of 155 mph.

It’s a powerplant built for refinement, though, rather than performance, and that attitude is matched by the company’s approach to the suspension. Rolls-Royce claims to have taken the ‘magic carpet’ ride for which its road-going cars are known, and applied it to the brand’s new 4x4.

Speaking as Rolls-Royce revealed the new car, the company’s CEO, Torsten Müller-Ötvös, said it was a product of consumer requirements.

“The super-luxury lifestyle is evolving and Rolls-Royce is in the lead. Luxury is no longer an urban concept,” he said. “More and more it is about embracing and experiencing the wider world. Our customers expect to go everywhere in luxury, effortlessly and without compromise, conquering the most challenging terrain to enjoy life’s most enriching experiences, wherever they may be.

“For this reason, they have asked us to create a Rolls-Royce that offers uncompromised luxury wherever they dare to venture. Cullinan is that car. It is effortless, everywhere.”