One in eight drivers has fallen asleep at the wheel 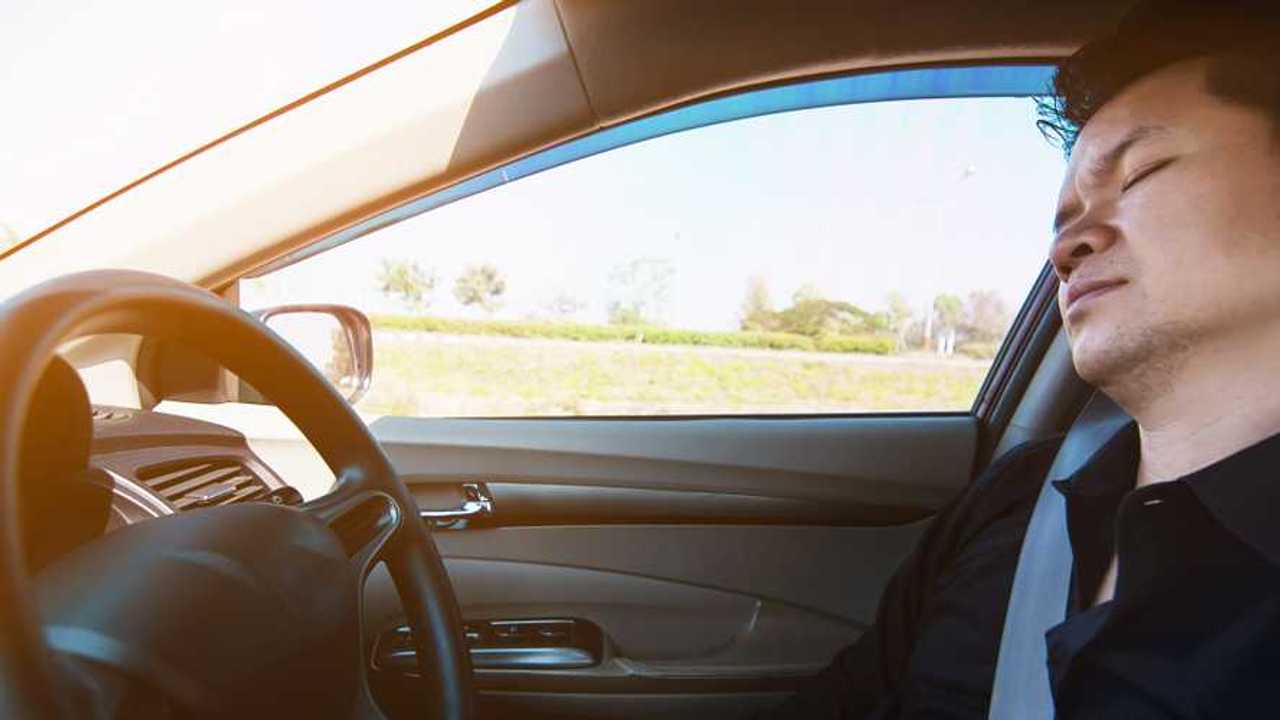 The AA says drivers should take regular breaks, but a lack of motorway services doesn't help.

One in eight British motorists admits to having fallen asleep behind the wheel at some point in their driving career.

That’s the terrifying result of a study conducted by the AA Charitable Trust, which found that 13 percent of drivers confess to having nodded off while driving.

More on the dangers of falling asleep behind the wheel:

The research also found that more than one-third of drivers (37 percent) say they have driven while so tired that they feared falling asleep at any moment.

According to the study, men are three times as likely as women to have fallen asleep while driving. Almost one in five men (17 percent) admitted to having done this, compared with just five percent of women.

Young drivers aged 18-24 are the most likely group to drive while tired, with 18 percent saying they would carry on their journey regardless of whether or not they feel drowsy. In contrast, just three percent of all the 20,500 drivers surveyed said they wouldn’t stop if they became tired.

As a result, the AA is calling on drivers to “be alert” to fatigue while driving, and encouraging motorists to take breaks.

Edmund King, AA Charitable Trust director, said: “One quarter of fatal crashes are sleep related so drowsiness is one of the most under-estimated risks on the roads. Tiredness is a fact of life at some point for most of us and it is crucial we know how to manage it in relation to driving.

“Crashes involving a drowsy driver tend to be catastrophic. If a driver has fallen asleep at the wheel they do not brake before an impact and make no attempt to steer away from a collision.

“A driver who nods off for just three or four seconds on a motorway would have covered the length of a football pitch with closed eyes. A 30-second nap while travelling at 60mph covers half a mile; a terrifying thought.

“Simple measures can help alleviate the risks. Winding down the window, singing and turning up the radio are not remedies to tiredness – rather a symptom in themselves. If you feel tiredness creeping up on you when driving then stop and take a break.”

However, the organisation points out that this advice is not always easy to follow thanks to a lack of motorway services.

According to the AA, the maximum recommended distance between services is 28 miles, but there are several stretches of motorway with considerably larger gaps between rest areas.

The longest of these is the A1(M) between Wetherby and Scotch Corner, which are 42 miles apart. Following closely behind is the stretch along the M8 and M90, between Heart of Scotland services and Kinross, almost 40 miles away.

In light of this, the AA has created a list of recommendations for additional services, citing motorways and locations that would benefit from having a service station.

Sitting atop this list is the M25 at Maple Cross, Hertfordshire, while the M6 near Rugby, Warwickshire, and the A1(M) near Ripon, North Yorkshire, also feature in the top five.

The AA’s driver fatigue campaign is supported by Highways England, which looks after the strategic road network, but does not control motorway services, which are privately owned.

David Stones, divisional director of safety, engineering and standards at Highways England, said: “Driver fatigue adversely affects concentration levels and leads to accidents which is why we always advise drivers to take regular breaks to help ensure they keep themselves, their vehicles and their passengers safe for the road ahead.

“Our roads connect the country, with around four million journeys on them each day and we want everyone to get to their destinations safely and reliably. We welcome the AA drawing attention to this important issue and we fully support their campaign.”