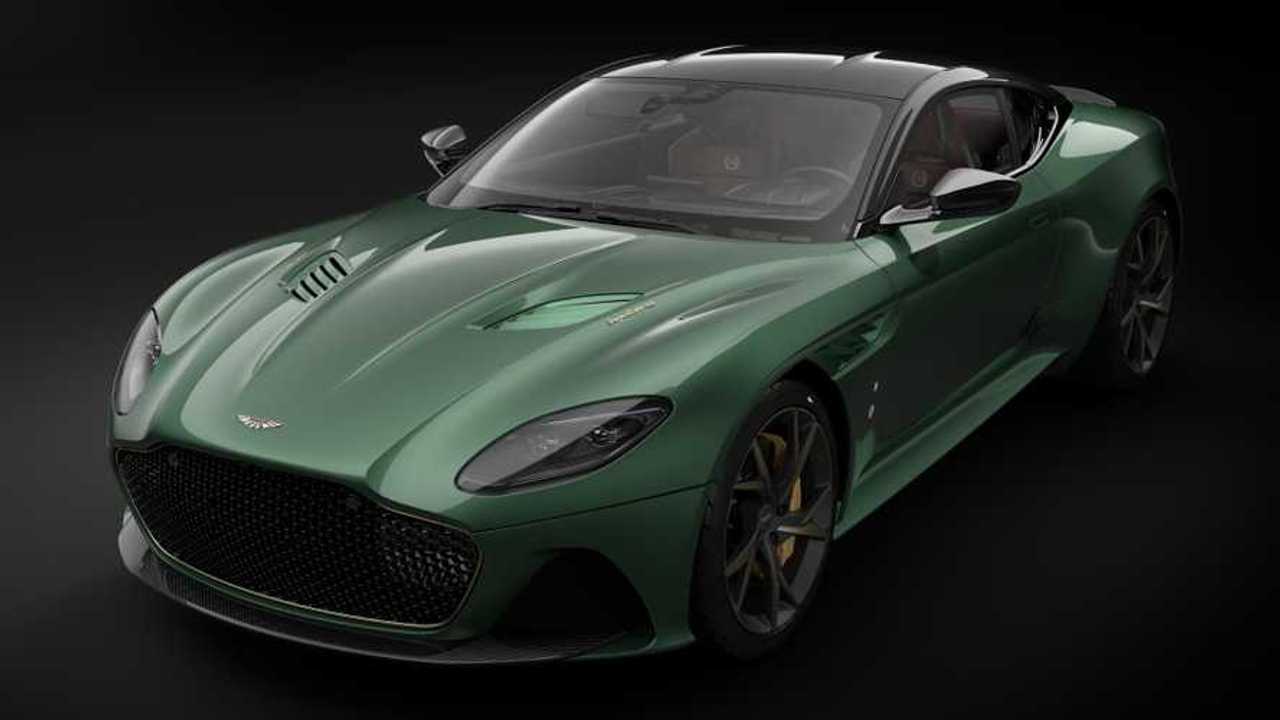 It'll be cheaper than the £17.5 million real thing.

The Aston Martin DBS Superleggera may have only been around for about five minutes, but the British carmaker is already rolling out a special edition of its flagship grand tourer.

The DBS 59 commemorates Aston Martin's storied motorsport success, in particular its one-two finish at the 1959 24 Hours of Le Mans. Just 24 will be built – one for every hour of the iconic race – and each will feature bespoke additions saluting the DBR1 raced 60 years ago, such as saddle leather helmet pods in the rear compartment which hold special 'DBS 59' crash helmets, race suits and gloves; and a bespoke ‘DBS 59’ logo embroidered in the seat headrests. Each one of the 24 DBS 59s will be identifiable by a small painted white roundel adjacent to the side strakes, with each car numbered from 1-24.

Check out these other 'Q' Aston Martins

It was commissioned by Aston Martin Cambridge, and is the fourth such commission (and first without an aircraft theme) developed by Aston Martin's Q division for the dealership after the Red Arrows Edition Vanquish S, the V12 Vantage S Spitfire 80 Edition, and the Vantage S Blades Edition, developed in collaboration with the Blades Aerobatic Display Team.

"When Aston Martin Cambridge expressed a desire to create a limited run of DBS Superleggeras inspired by the DBR1’s famous Le Mans victory we knew it had to be something special," said Aston Martin Vice-President and Chief Marketing Officer, Simon Sproule. "The soft metallic hue of the Aston Martin Racing Green paintwork is classy and timelessly beautiful; the level of thought and detailing is exceptional. My favourite element on the ‘DBS 59’ are the seat backs that feature fabric inspired by the DBR1 seat material, but there are countless touches that will intrigue and delight."

The DBR1 which inspired it (above left) was once described as 'the most important Aston Martin ever produced' by Sir Stirling Moss, who helped Aston Martin take the 1959 World Sportscar crown in the car. Only five DBR1s were ever produced between 1956 and 1959, the first of which was sold for £17.5 million last year, making it the most expensive British car ever sold at auction.