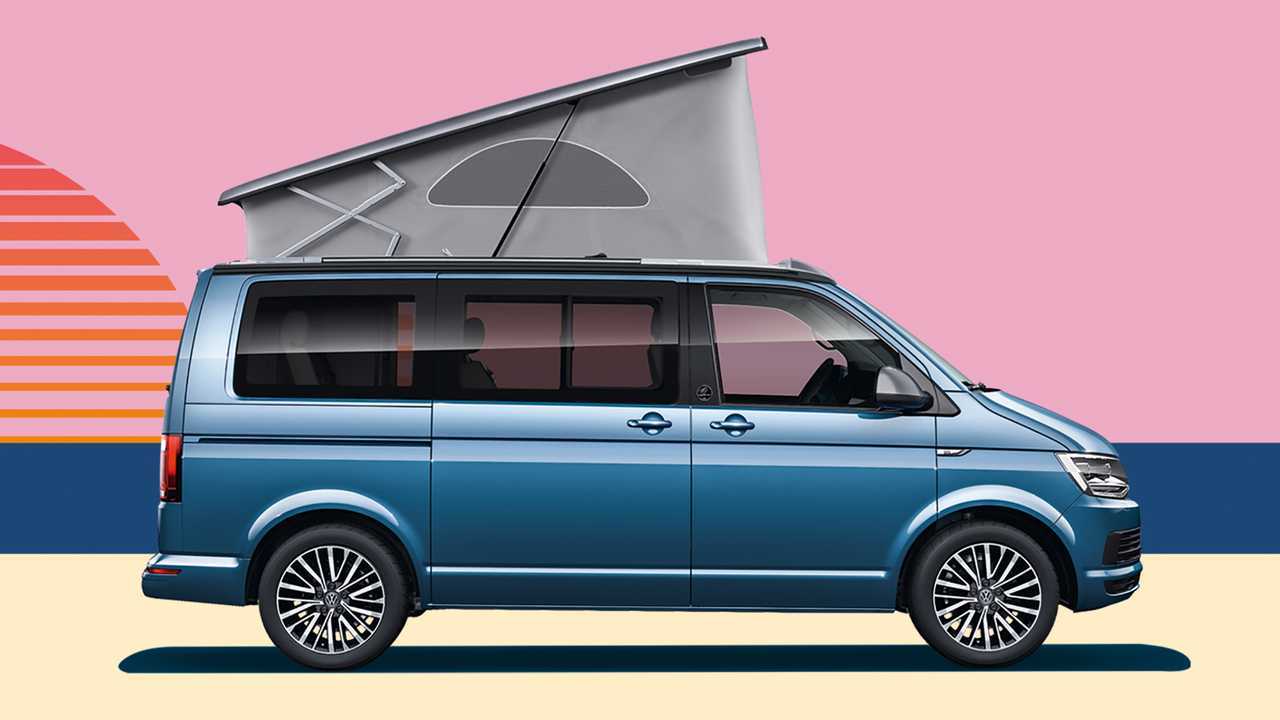 The 30th anniversary model is well equipped, but it doesn't come cheap.

Volkswagen has revealed a special-edition version of its Transporter-based California camper van that celebrates the nameplate’s 30th anniversary.

With prices starting at a massive £64,307 and rising to more than £70,000, it isn’t exactly cheap - you could have a mid-range Range Rover Sport for the same money - but it does come with a high level of specification, sleeping for four and bags of exclusivity.

Just 999 examples of the California 30 Years will roll off the VW production line, with just 30 of those earmarked for the UK market.

Each of the camper vans will come with a numbered plaque, while the exterior will benefit from LED headlights and a contrast roof finished in either Reflex Silver or Indium Grey. Customers will also be able to choose the Tumeric Yellow paint job first seen on the Golf and Arteon family cars.

Inside, meanwhile, the 30 Years edition gets VW’s Discover Media Navigation Pro infotainment system as standard, as well as front and rear parking sensors and cruise control.

All that comes in addition to the equipment offered as standard on the usually range-topping California Ocean model. As a result, the living quarters feature a sink, two-burner stove and the trademark pop-up roof.

There’s a 42-litre cool box, too, as well as a waste water storage tank and two double beds - one in the roof and another in the living area.

The short bonnet can hide one of two engines, both of which are 2-litre diesel units. The ‘entry-level’ powerplant boasts 148 bhp and comes mated to a seven-speed automatic gearbox.

Spending an extra £2,790 will buy you the more potent 196 bhp engine while adding a further £3,500 or so will buy you four-wheel-drive traction.

Perhaps it’s no surprise that the least powerful of the two engines is the most fuel efficient, returning 41.5 mpg according to the official figures. The mightier of the two units, however, doesn’t fall far behind, despite its 48 bhp advantage, with a 39.2 mpg official economy figure.

And adding four-wheel drive to the mix won’t do much harm to the fuel consumption either, as the range-topping variant manages 38.7 mpg - just half a mile per gallon down on its front-wheel-drive sibling.

Because the California is based on the Transporter van, it is available from Volkswagen Van Centres, and the German company is urging interested customers to get their order in early to avoid disappointment.