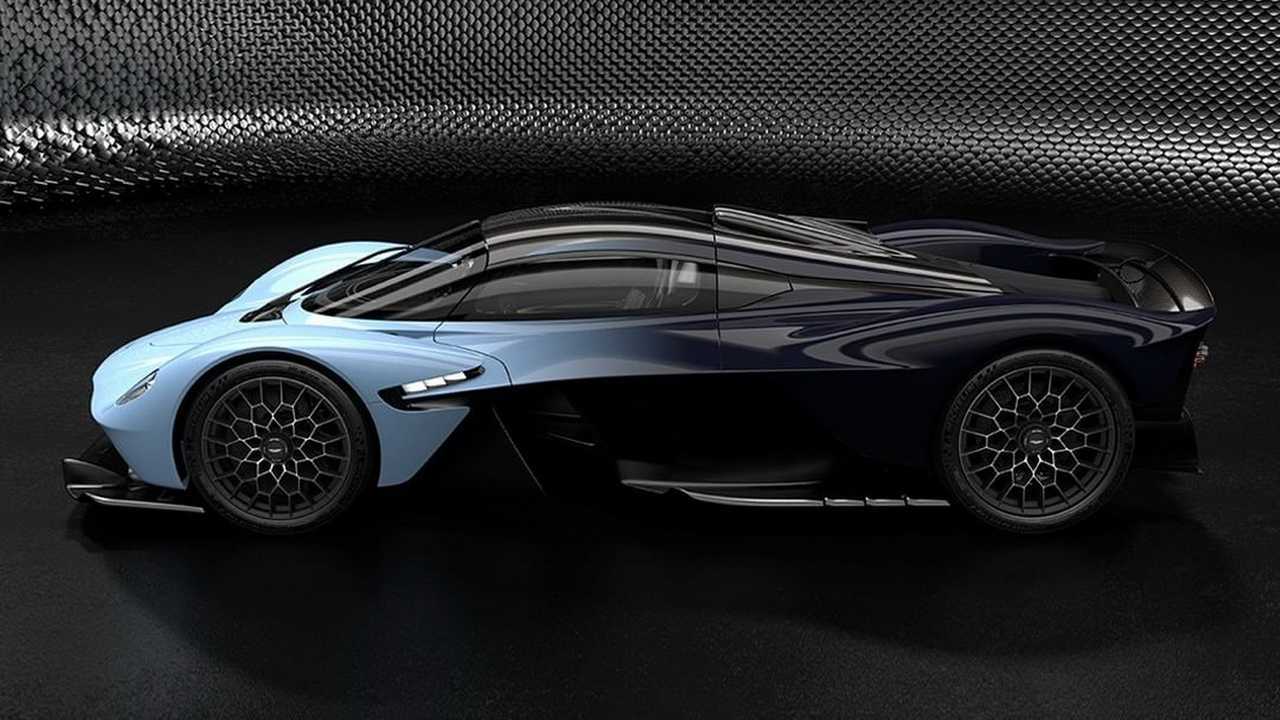 Clad in carbon fibre, the interior cabin is derived from today's Formula 1 cars.

Without making a big deal out of it, Aston Martin has published on Instagram a trio of official images with its much-awaited Valkyrie hypercar. Billed as being a “diffuser on wheels,” the high-performance beast is being developed with Red Bull Racing and it looks downright amazing thanks to a futuristic shape easily just as special as the McLaren Speedtail or the Mercedes-AMG One.

All you need to know about Aston's hypercar:

Aston Martin Valkyrie is a 'diffuser on wheels' says Horner
⠀

The folks from Gaydon have been kind enough to drop an image of the interior as well, which they say takes inspiration from current Formula 1 cars by adopting a reclined “feet up” position for the driver. Dipped in carbon fibre, the cabin takes the minimalist approach, although that steering wheel looks hugely complicated.

You’re looking at a car that will be blessed with the most powerful naturally aspirated engine ever to be installed in a street-legal production car. That’s right – Cosworth is engineering a 6.5-litre V12 rated at a whopping 1,130 bhp. A 20-second clip released about a month ago allowed us to hear the incredible soundtrack delivered by the powerhouse, which is being developed with assistance from F1 drivers Daniel Ricciardo and Max Verstappen.

Christian Horner, Aston Martin Red Bull Racing Team Principal, told Motor1.com near the end of last month that the Valkyrie is at the moment in the final stages of simulation, mentioning that an actual car will commence testing either by the end of this year or early 2019. The hypercar is being developed with a Ricardo-engineered, single-clutch gearbox designed by RBR’s Chief Technical Officer, Adrian Newey, with the difficult task to channel the immense power to the rear axle.

While the initial target was for the Valkyrie to weigh 1,000 kilograms, there’s been a change of plan and the hypercar is going to be a tad bit heavier. After all, it does have a massive V12 engine plus an electric motor…

The automotive world is patiently waiting to see the production-ready Aston Martin rocket of which only 150 units are going to be built. All of them have already been sold for £2.5 million a pop. Bring it on, Aston.