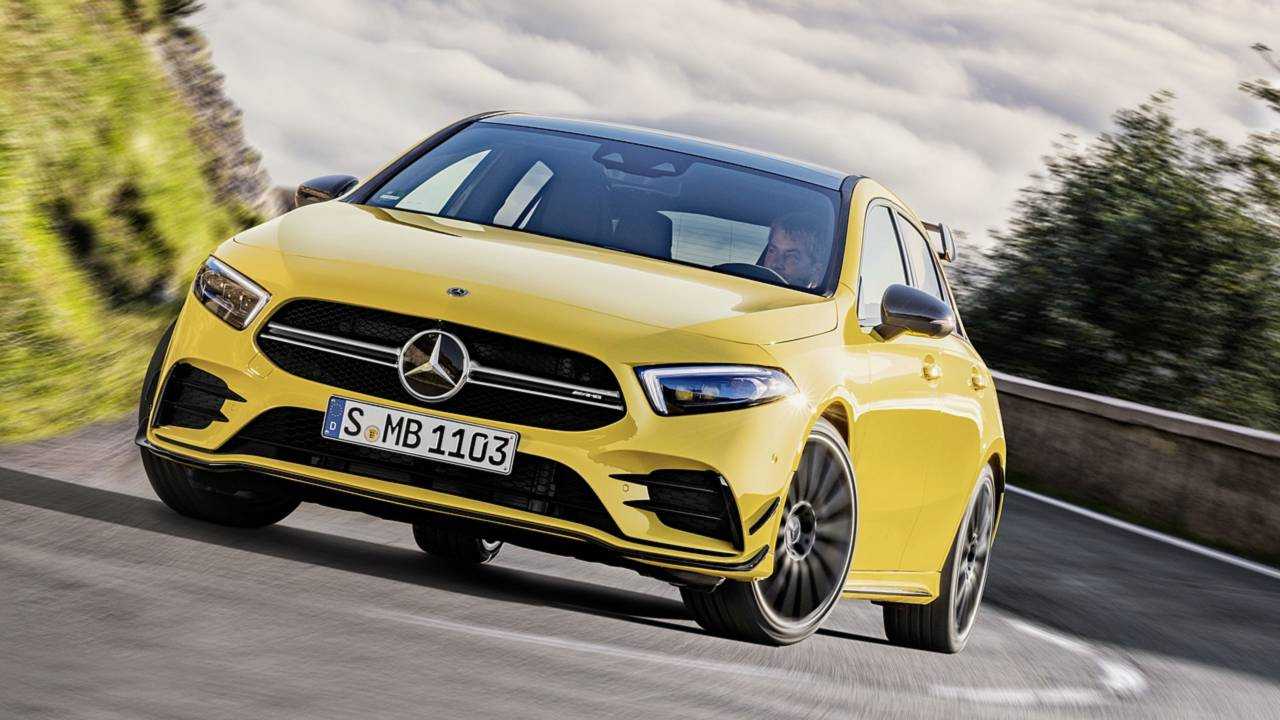 New AMG A-Class boasts 302 bhp and gets to 62 mph in less than five seconds.

Mercedes-AMG has confirmed that its new high-performance A-Class, the A 35, is now available to order with prices starting from £35,580.

The newcomer will, for the time being at least, form the most potent offering in the A-Class range, with its 2-litre four-cylinder petrol engine producing 302 bhp - enough for a 0-62 mph sprint of 4.7 seconds and a 155 mph top speed.

But despite that performance - and the rigour of the new WLTP economy and emissions test - the A 35 will still return 38.7 mpg.

As well as the powerful engine, the asking price includes a seven-speed automatic gearbox, Mercedes’ latest MBUX infotainment system and safety gadgets such as lane-keeping assistance that applies corrective steering if the car drifts across the white line without indicating.

Not everything on the menu come with three-letter prefixes, however. Keyless push-button start is among the standard features, as are two-zone climate control, satellite navigation and a reversing camera.

If that’s not enough, though, the A 35 will be offered with a range of option packs. The AMG Executive pack, for example, comes with a larger 10.25-inch central infotainment screen, as well as heated front seats, electrically folding door mirrors and parking sensors - all for £1,395.

The AMG Premium pack, meanwhile, costs £1,000 more than the Executive pack and adds keyless entry, a rear armrest and a premium sound system to the mix.

If you splash out an extra £1,500 on the £3,895 Premium Plus pack, however, you can add even more to the kit list by choosing the Premium Plus pack, with its high-end Burmeister sound system, LED adaptive headlights and a panoramic glass sunroof.

Somewhat cheaper is the £1,695 Driver Assistance package, which adds to the on-board safety kit with blind-spot monitoring, Active Braking Assist and Distronic adaptive cruise control, which maintains a safe distance to the car in front. However, these gizmos are available solely with the Executive pack or one of the two Premium packs.

And as if more confusion were needed, there are still three more packs in the offing. Priced at £495 and £1,295 respectively, the Advanced Connectivity and Advanced Navigation packs add functions to the MBUX infotainment system, such as a head-up display and wireless phone charging.

Finally, the £2,595 Style pack serves up an AMG Aerodynamics bodykit that includes a black rear wing, black diffuser and a prominent front splitter, as well as bigger 19-inch alloy wheels and tinted glass.