Mercedes-Benz’s updated GLE-Class SUV will arrive on UK shores in the spring with an asking price of £55,685.

The Audi Q7 rival has undergone some nip-and-tuck surgery, including a new grille and new headlights, as well as an improved cabin. 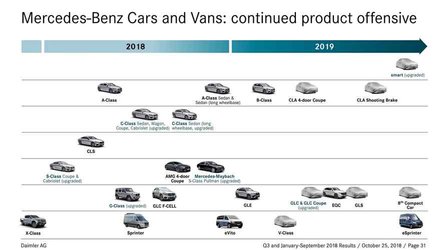 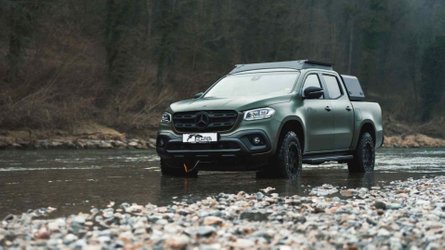 This Mercedes X-Class was built for big game hunting

For the first time, the massive 4x4 will be available with seven seats, and the new MBUX infotainment system, complete with voice activation, is also on offer.

The range will be simple, with just one trim level and two engines available at launch, although high-performance AMG versions are expected to arrive next year.

All cars will come with two widescreen 12.3-inch infotainment screens across the driver’s side of the cabin. One replaces the normal instrument dials with digital readouts, while the other is a more conventional screen for multimedia and navigation displays.

But that’s not the only tech on board. A parking package with park assist comes as standard, as well as a mirror package with automatically dimming rear-view and door mirrors. Heated seats are included in the asking price, too, alongside two-zone climate control and open-pore wood trim.

The cheapest of the two engines is the 300 d diesel unit, which comes with four-wheel drive and an automatic gearbox. The 2-litre unit produces 241 bhp and allows for a respectable 7.2-second sprint to 62 mph, or, if you’re less judicious with the accelerator, economy of up to 46.3 mpg.

Spending £62,300, however, will buy you a GLE 450 with the 3-litre mild-hybrid petrol engine. Essentially a standard straight-six engine with a 48-volt EQ Boost hybrid system, which improves economy and adds an extra 22 bhp. In all, its 362 bhp output is enough for a 0-62 mph time of 5.7 seconds and official fuel consumption of 33.6 mpg.

However, emptying your pockets on the GLE 450 buys you more than just a more potent engine. The top-of-the-range model also comes with Airmatic air suspension, as well as the seven-seat package that costs £1,995 on the GLE 300 d.

That pack incorporates electrically adjustable second row of seats and a manually folding third row, which hides in the boot floor when not in use. Additional USB ports and four-zone climate control are also fitted to improve comfort for the passengers in the rear.

And as with most of Mercedes’ offerings, there’s a range of option packs for buyers to choose from.

The Premium Package, for example, costs £1,995 and adds a 360-degree manoeuvring camera to the kit list, as well as wireless smartphone charging and memory functions for the electric seats.

There’s a £1,695 Off-Road Package, too, which is only available on the GLE 450 and comes with additional off-road driving modes, underbody protection and downhill speed regulation, which allows the car to crawl down descents without locking the wheels and losing grip.

Although the first GLEs will not arrive in the UK until the spring, the car is available to order now from Mercedes dealers.