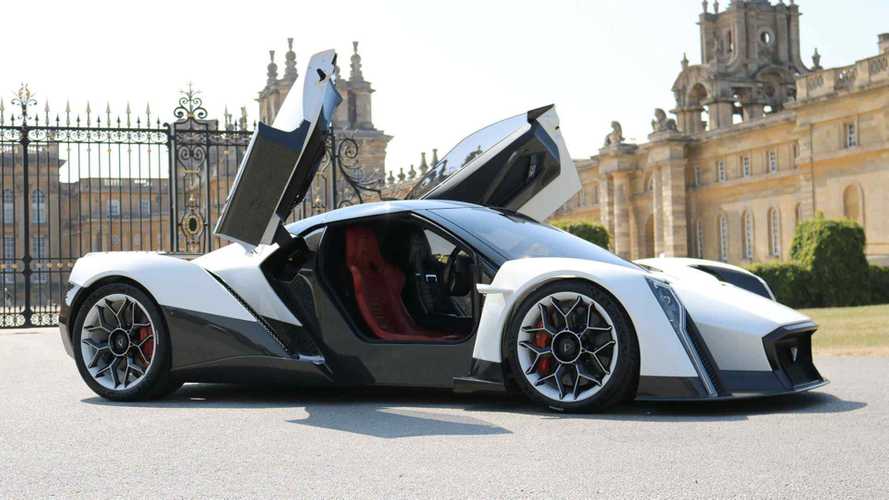 Dendrobium Automotive Limited will produce its own car in the UK.

Last week news broke of Dyson's decision to produce its first car in Singapore. The news disappointed many onlookers, but it was hardly a surprise because the British firm doesn't make any of its vacuum cleaners, hand driers, or any other products in Britain.

Now, in a sort of game of corporate automotive tennis, a Singaporean company has announced it will build its own car over here in the UK. Dendrobium Automotive Limited – which is technically a British company but its an offshoot of Singapore-based battery technology company Vanda Electrics – will build its new Dendrobium D-1 all-electric supercar in Britain because Singapore 'has no history or expertise in vehicle manufacture'.

Instead it will call upon the expertise of Williams Advance Engineering which has worked on the latest Singer Porsches, the Jaguar C-X75s used in James Bond film Spectre, and a number of other projects. Oh, it is also part of the Williams Formula 1 team.

Now, we already knew it was going to be built in the UK, but following Dyson's announcement, the car's maker, Dendrobium Automotive Limited, has decided to remind us.

The move to build in the UK somewhat bucks a current trend with Brexit concerns leaving many manufacturers questioning whether they will continue to build in Britain. Britain's iminent departure from the EU won't be a concern for Dendrobium though.

"Despite the current Brexit difficulties, however, Dendrobium Automotive is committed to manufacture in Britain," said chairman and CEO of Dendrobium Automotive, Nigel Gordon-Stewart. "The British Government continues to do its best providing Research and Development tax credits and various grants specifically for EV and PHEV UK technology and product development operations."

"In my opinion, Dyson’s planned manufacture in Singapore, seems very wrong," he added. "And the current ‘brain drain’ by EV development companies in the USA and Far East is also a huge concern as our focus seems to be more on a Brexit blame culture rather than keeping our sight firmly fixed on the future and investing in that future. British Engineering is, without doubt, the best in the world, and needs to be focused here in the UK to enable dominance in the biggest and most dramatic change in personal mobility in over 100 years."

The distinctive, all-carbon fibre D-1 is set to weigh just 1,750 kg, and will be built around the unique Protocell carbon tub which will form the basis of other future cars to come from Dendrobium.