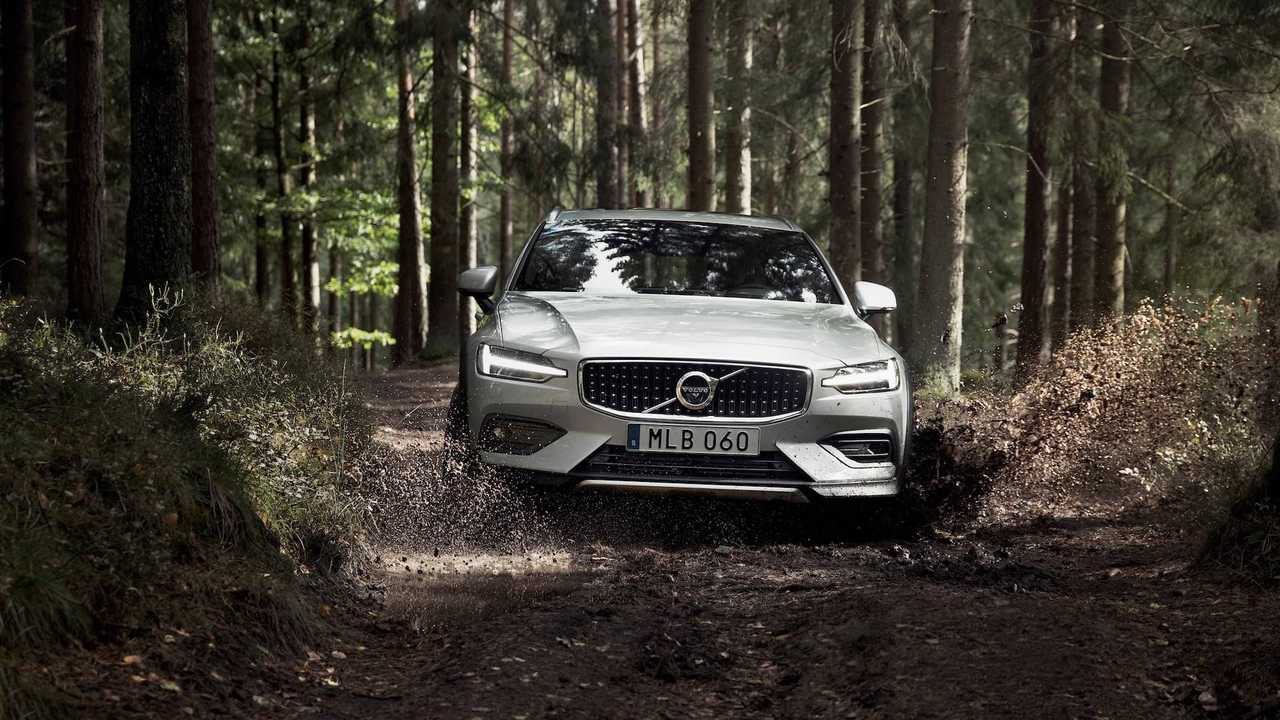 That buys you permanent four-wheel-drive, a rugged bodykit and extra ground clearance.

Volvo’s new V60 Cross Country is available to order now with prices starting from £38,270, the Swedish manufacturer has confirmed.

The four-wheel-drive estate car will rival Audi’s A4 Allroad and the Skoda Octavia Scout when the first customer deliveries are made at the beginning of next year.

Like its V90-badged big brother, the V60 Cross Country is set apart by its rugged-looking bodykit, which includes model-specific 18-inch alloy wheels, charcoal-coloured side mouldings and chunkier plastic bumpers.

The car also stands a little taller than the standard V60, thanks to an extra 60mm of ground clearance, which helps the car traverse uneven ground, while the standard four-wheel-drive system maximises the available traction.

Inside, the car gets the same 529-litre boot space as every other V60, while goodies including satellite navigation, a 10-speaker sound system and two-zone climate control all come as standard.

And like the rest of the V60 stable, the dashboard is dominated by the nine-inch touchscreen multimedia system, which houses Bluetooth phone connectivity and other entertainment systems

As you’d expect from a Volvo, safety is taken care of, too, with autonomous emergency braking, and Oncoming Collision Mitigation, which reduces the severity of head-on collisions.

Customers get the choice of two no-cost body colours, with Ice White or Black Stone included in the price tag. However, those willing to fork out an extra £650 will get the choice of 10 colours, including several greys, a blue and a red.

Other options include leather upholstery (£950), a £375 reversing camera and a £1,200 opening panoramic sunroof. Apple CarPlay and Android Auto are also available, as is a £2,500 Bowers and Wilkins hi-fi with 15 speakers and a 1,100-watt output.

Just one engine is available – the 2-litre D4 diesel, which pumps out 188 bhp – and there’s only one gearbox, in the shape of an eight-speed automatic. Officially, that combination is frugal enough to return 55.4 mpg with carbon dioxide emissions of 135 g per kilometre travelled. It’s also enough to tow a trailer weighing up to two tonnes, should the mood take you.

Matt Galvin, Volvo’s UK sales director, said: “The Cross Country has been an integral part of our estate car line-up since 1997, and this latest version maintains its heritage of giving customers another dimension of driving capability and ruggedness. The new V60 has been incredibly well received since its launch earlier this year, and the addition of the new Cross Country version promises to raise its appeal even further.”