Car production in the UK continues to fall 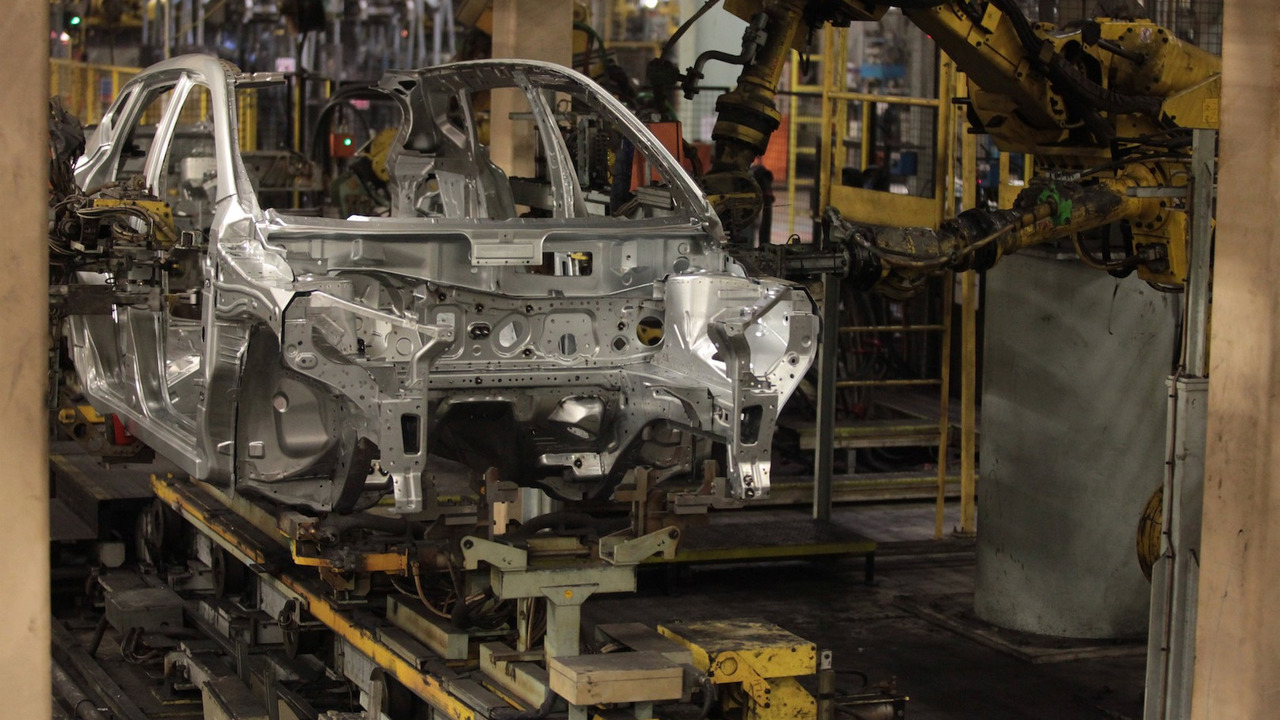 There was a 16.8 percent drop last month.

Car production in Britain fell by almost a fifth last month with several factors responsible for the slump.

Ever-tightening emissions regulations, doubts over diesels, Brexit, and even simple factors such as the change in models being produced by manufacturers all factored in, with demand both home and abroad dropping.

UK car production numbers fight back in May, still down in 2018

According to the Society of Motor Manufacturers and Traders (SMMT) car production in the UK slipped by 16.8 percent last month to 127,051 units, with home demand dropping by 19 percent and export demand falling by 16.2 percent.

"It has been a turbulent year and the industry needs stability, something which appears elusive given the lack of resolution to Brexit negotiations," said SMMT CEO Mike Hawes, per Reuters.

Demand for diesel cars dropped dramatically in the first half of 2018 too as governments up taxes and push buyers in the direction of electric alternatives over pollution concerns, causing a fall in resale values for diesel cars.The decline was particularly noticeable in Britain, with iesel car sales dropping by 30 percent.

However, that push to increase electric car sales could hit a roadblock of itself. The announcement ahead of next week's budget that the British government will be axing the electric car subsidy has also been met with some hostility, and could cause a further dip in demand.

"The ... budget next week is the perfect opportunity to stimulate the market, sending consumers and businesses the right signals to encourage the purchase of new cars, which would help bolster economic performance as well as delivering environmental goals," said Hawes.

The move could cause a fall in demand for electric cars, which would be ill-timed considering the recent Worldwide Harmonised Light Vehicle Test Procedure (WLTP) was introduced on September 1, and forces car makers to meet new, even stricter emissions regulations. The new rules have even forced some car makers to re-certify some cars and pull the deliveries of cars that don;t yet meet the new criteria.