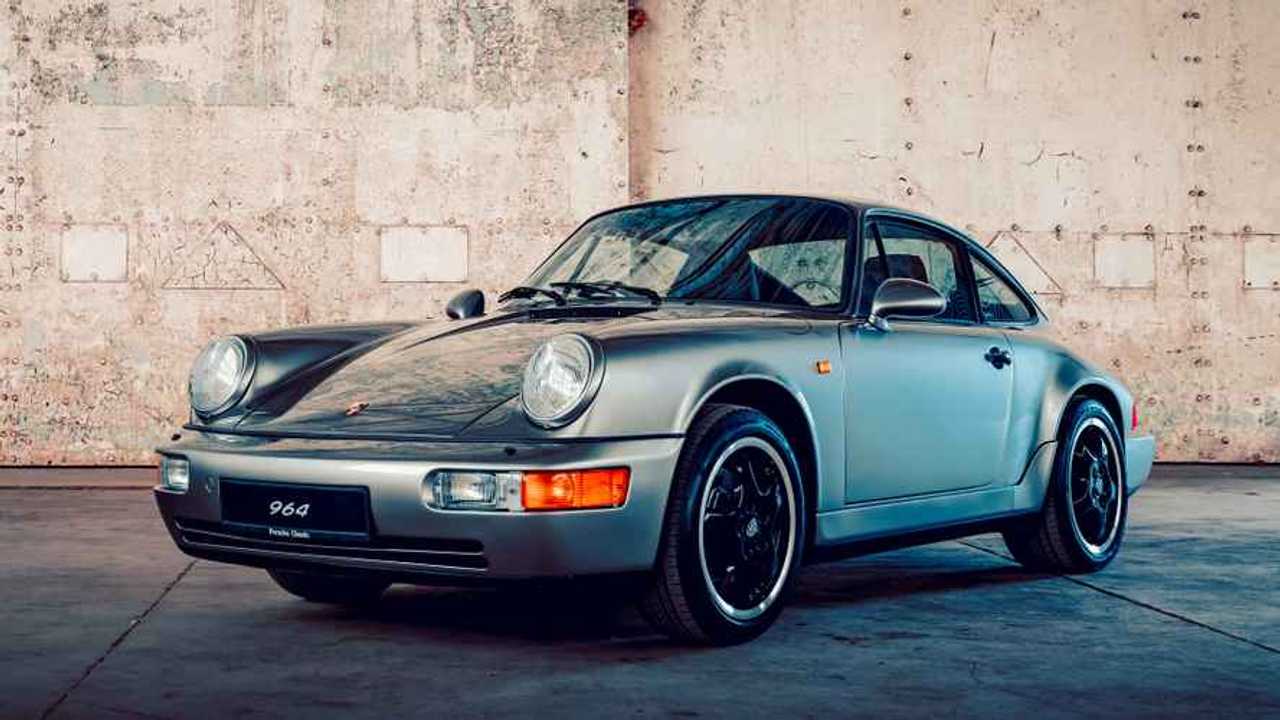 10 Boxsters among the specially commissioned ranks of classic Porsche loveliness.

Porsche will celebrate its 70th anniversary with a display of 20 restored vehicles at this year’s Classic Motor Show in Birmingham.

The event, which is held from November 9-11 at the National Exhibition Centre (NEC), will see the Stuttgart-based manufacturer show off the specially commissioned vehicles together.

Included among the 20 vehicles are 10 examples of the first-generation Boxster, which celebrates its 20th birthday this year, as well as several of the brand’s air-cooled, water-cooled and transaxle cars.

Each restoration was done in collaboration with Porsche Cars GB’s dealers and repair centres, which have finished the vehicles with bespoke interiors, a commemorative plaque and Liquid Metal paintwork, which had previously been seen only on the range-crowning 918 Spyder.

All 20 vehicles were restored using Porsche Classic’s genuine parts, while subtle accessories such as satellite navigation and vehicle tracking systems have also been added.

The special restorations are due to go on sale later in the year, and any would-be customers wanting to register their interest will be able to do so at the show.

Sitting alongside Porsche’s birthday restorations will be a display that celebrates the Restoracing competition, which saw Porsche’s dealers rebuild Porsche 986 Boxster S models and prepare them to race specification. The cars were then finished with liveries inspired by Porsche’s illustrious racing history, before being raced in the hands of staff members with no previous racing experience.

The 2018 championship was won by Porsche Centre Bolton, and the success of the series will see a second season in 2019.

As a result, the Porsche stand will feature a grid display of Restoracing cars, which will be accompanied by members of the teams that restored and raced them.

And that isn’t the only display Porsche will take to the Midlands. The company’s Project 70 race car will join the celebrations too. Based on a 1965 short-wheelbase 911, the car has a 2-litre engine and was prepared by the four Porsche Classic Partners and a Porsche Recommended Repairer.

This year, the car has been raced by drivers including Derek Bell and Anthony Reid at events across Europe, including the Silverstone Classic, Le Mans Classic and the Nurburgring Oldtimer Grand Prix.

The Classic Motor Show is the UK’s largest indoor classic car exhibition, occupying one million square feet of floor space (roughly equivalent to 18 football pitches). Around 300 classic car and bike clubs will showcase vehicles in the seven halls, with an expected 3,000 vehicles on display.