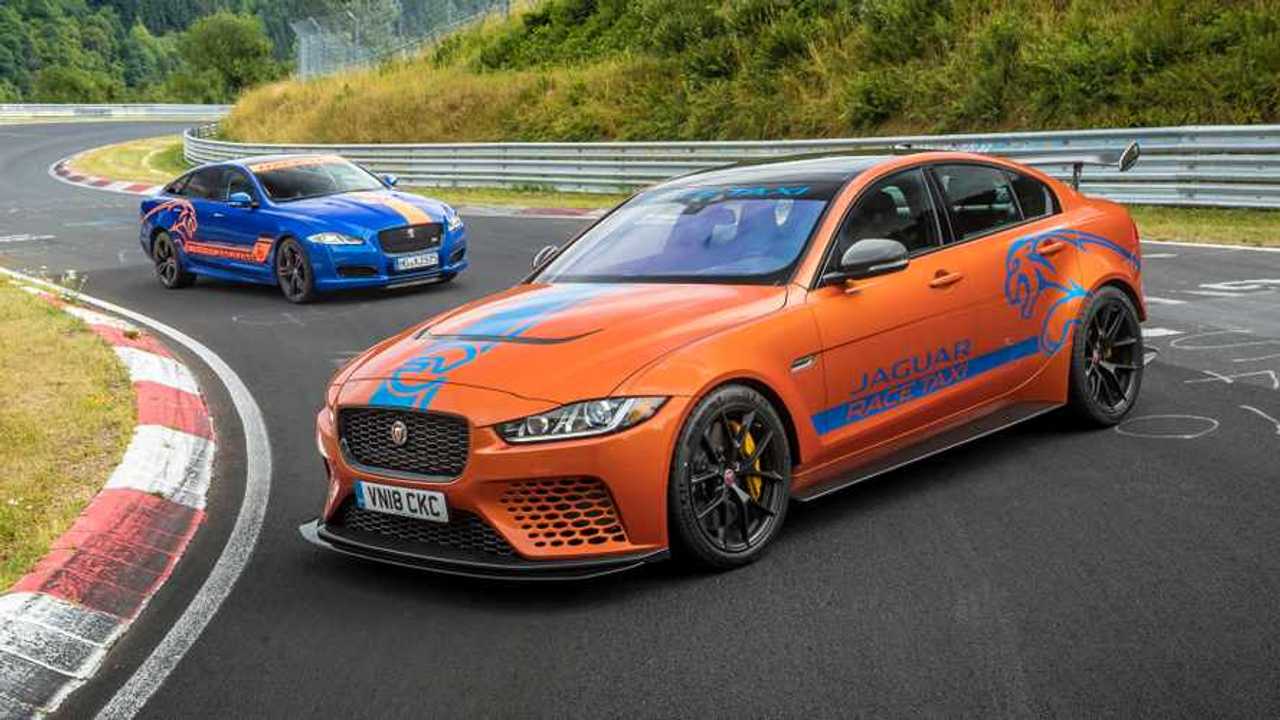 For €199, you can be taken around the Green Hell in Jaguar's V8-powered super-saloon.

Jaguar is offering the paying public a chance to ride on board an XE SV Project 8 for a hot lap of the Nurburgring.

For €199 (about £175), thrill seeking customers will be driven around the track by a professional driver in the car that claims to be the world’s fastest four-door saloon.

Built by Jaguar Land Rover’s Special Vehicle Operations (SVO) division, the V8-powered executive saloon has been stripped out, lightened and fettled to make it accelerate, brake and handle more responsively than the standard XE.

The beating heart of the two-seat saloon, though, is the 5-litre supercharged V8 engine, which produces 591 bhp and allows a 0-62 mph sprint of 3.3 seconds, as well as a 200 mph top speed. That, in turn, means the XE SV Project 8 is capable of completing a full circuit of the track in a smidge over seven minutes and 21 seconds.

Punters who slip inside the Project 8 will experience some of that performance, with the car reaching speeds of more than 150 mph and the occupants being subjected to G-forces of up to 1.8 times the force of gravity.

That peak will be felt on the notorious Karussell banking, which occurs around three-quarters of the way around the 12.9-mile track.

Dubbed the Green Hell, the Nurburgring’s infamous Nordschleife circuit is open to the public, who can pay a fee to take their own car on a lap that’s claimed the lives of many racing drivers.

Jaguar’s Race Taxi service, however, sees customers placed in the capable hands of professional drivers who lap the circuit in specially prepared vehicles.

With the arrival of the XE SV Project 8, the fleet has been increased to two, as the saloon joins the four-seat XJR575.

The experiences are available until the circuit closes in mid-November, but they will be available throughout the 2019 season.

Phil Talboys, Jaguar Land Rover’s European engineering operations manager, said: “The XE SV Project 8 demonstrated its incredible mix of raw speed and dynamic precision by setting a Nürburgring Nordschleife lap record last year. Now, visitors to this sensational circuit – which played a pivotal role in the development of the ultimate Jaguar XE – will get the chance to experience the full track capability of the world’s fastest four-door sedan.”