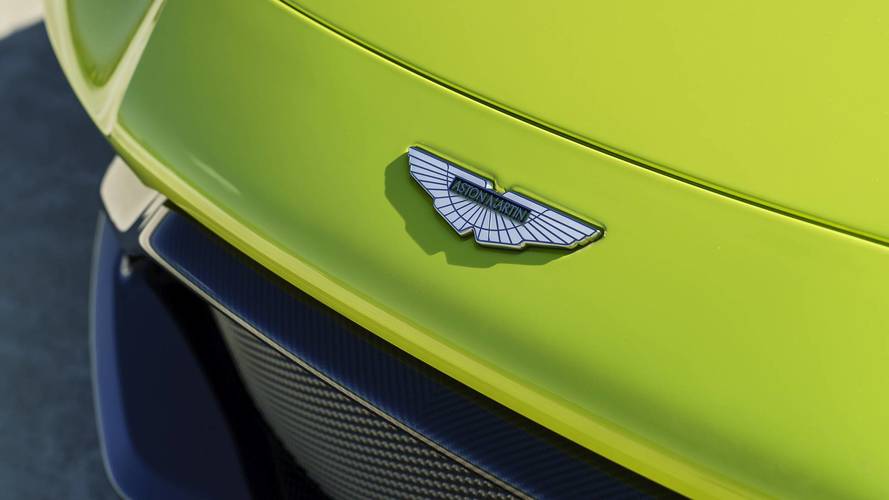 Water could be swapped for wings when it comes to importing parts.

Aston Martin may have a contingency plan in place if Brexit talks result in a 'no deal'. The automotive industry is in a flux over Brexit, with fears that hold-ups at ports could slow down or even stop production.

However, to get round possible problems at the borders after Britain's exit from the European Union, Aston Martin could resort to flying in parts. Andy Palmer, boss of the luxury sportscar maker, told Reuters that the company could either ditch Dover as its primary port in favour of alternatives, or bring components by air to counter any possible friction.

"The European-sourced parts, which include the engine and the gearbox as a complete assembly, come back in from Europe so an alternative port is one way, predominately for lorries, and then reserving space on aircrafts for one-off shipping," Palmer told the news agency.

Palmer also revealed that Aston Martin had previously resorted to bringing in things by air in the past.

"You can get a few days of engines and gearboxes relatively easily into the cargo decks of a plane so whilst it’s relatively expensive that is probably our primary backup," he said.

Airports in Coventry and Birmingham, close to Aston Martin's Gaydon factory, could be the location for the company's backup plan, while the port of Sunderland could accept Aston's imports should it decide to stick with bringing components in by sea.

Whatever contingency plan it opts for, the cost of car production will increase post-Brexit, but Palmer insists that being forced to stop production altogether would be a much bigger issue.

"There is undoubtedly a cost associated with it, but it’s cheaper than not building cars," he said. "I simply work to the worst and hope for the best."

As well as changing its process for importing components, Aston Martin has also had to change from getting vehicle type approval in britain to Spain to ensure its products can still be sold in the European Union post-Brexit.

"You’re forced to make a change," Palmer told Reuters. "Once you set in place a process, you tend to stick with that process because it works."

Another strategy to counter the possible effects of Brexit is to push for more US sales. The strategy is set to be something of a success too, with the US expected to overtake Britain as Aston Martin's biggest market.