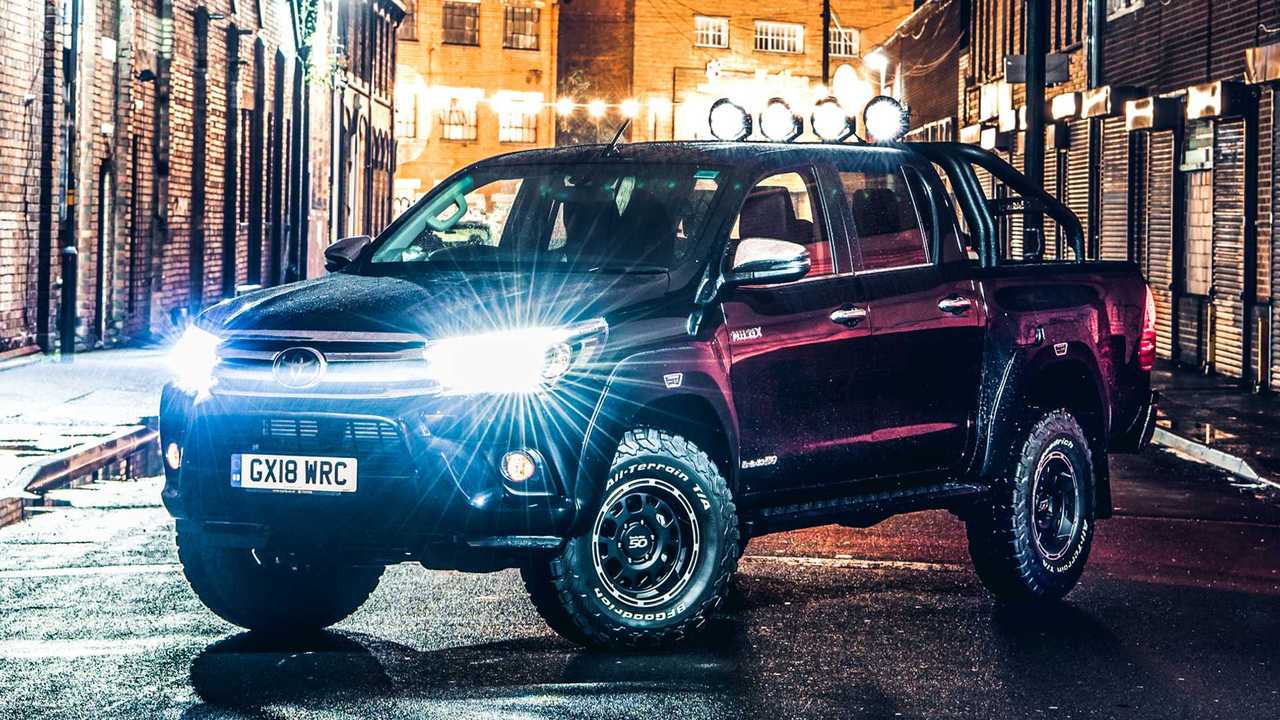 Just 50 of these tough-looking Hiluxes will be available to customers in the UK.

Toyota is celebrating 50 years of its legendary Hilux pick-up truck with a new special-edition model designed to honour the vehicle’s tough character.

Built in collaboration with Icelandic all-terrain engineers Arctic Trucks, the Hilux Invincible 50 gets a host of off-road-inspired tweaks.

Arctic Trucks has also been to work on an Isuzu...

As well as raised performance suspension, which was created by Arctic Trucks and Bilstein, the Invincible 50 also gets model-specific satin black alloys with huge BF Goodrich tyres. Together, these changes give the car an extra 20mm of ground clearance at the front, while there’s an extra 40mm of ride height at the rear.

To cope with this lift, the truck has also been given muscular new wings at the front and rear, while a double-hoop sports bar has been fitted behind the cab, providing a mounting point for four high-power LED spotlights.

The look is rounded off with Arctic Trucks mud flaps, rear parking sensors and a classic Toyota graphic on the tailgate, while some subtle Invincible 50 badging adding a little extra pizzazz. All 50 cars will be finished in black.

Aside from that, though, the Invincible 50 more or less matches the top-of-the-range Hilux Invincible, which starts at £26,575 plus VAT.

Under the bonnet, the Invincible 50 gets the standard car’s 148 bhp 2.4-litre diesel engine, which is mated to a six-speed automatic transmission. In the normal Invincible, that powerplant-and-gearbox combination can return upwards of 36 mpg and a 0-62 mph time of 12.8 seconds, but Toyota has not said how the Invincible 50’s new suspension and wheels will affect those figures.

Just 50 examples will be made for the UK market, with each being individually numbered. Prices are yet to be announced, but Toyota has said that the Invincible 50 will be “accessible for genuine Hilux enthusiasts, notwithstanding the model’s bespoke engineering and high equipment specification.”

The Hilux’s reputation for toughness has been years in the making, but BBC2 TV show Top Gear will have done it very little harm. Back in 2003, Jeremy Clarkson tried his hardest to destroy a ropey-looking farm hack, but to no avail. Later in the series, James May had a go, but still failed to kill the Hilux.

Then, in 2007 Clarkson and May took a squad of Hiluxes to the Magnetic North Pole in a race with Richard Hammond and a team of Huskies. One of the Hiluxes, which was used by the crew for the expedition and had been prepared by Arctic Trucks, was then driven up an erupting volcano by James May in 2010.