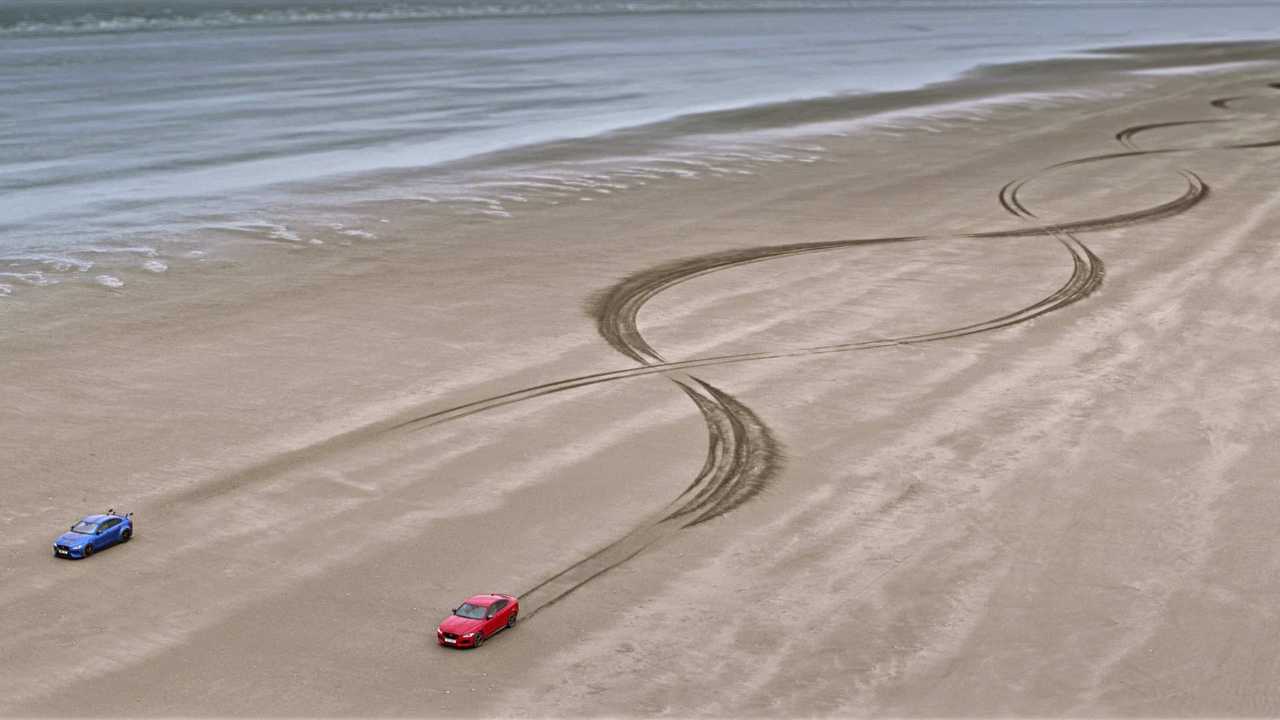 For more than three years now Jaguar has been producing its 'baby' saloon, the XE. The car that replaced the not-so-fondly remembered, Ford Mondeo-based X-Type even got a hard-hitting big brother this year in the form of the XE SV Project 8, which is the closest thing to an automotive wolf in sheeps clothing you'll find (with added wings, of course).

To celebrate the XE's, shall we say varied family tree, Jaguar took an XE 300 Sport and a Project 8 down to Pendine Sands in Wales and created a unique piece of artwork with the pair of sports saloons.

Learn more about the Jaguar XE

This isn't the first 'stunt' that Jaguar has took on with the XE range this year.

Last month the XE took to the Circuit de Charade in Clermont Ferrand, which hosted the French Grand Prix five times between 1965-1988. It lapped the five-mile course in just 4 minutes 9 seconds at an average speed of 72mph.

It was the first time a car had lapped the full track in three decades, which now features a roundabout and a pair of narrow gateways that didn't feature on the track in its heyday, while a shortened version of the track holds track days and historic events.

It has unique Dark Satin Grey details including the door mirror caps, rear spoiler and grille surround, along with 300 SPORT badging on the front grille and boot lid, as well as instinctive 19-inch or 20-inch Satin Technical Grey finish wheels are exclusive to the special edition along with 300 SPORT-branded brake callipers. Four exterior colours are available: Yulong White, Indus Silver, Santorini Black and Caldera Red.

Gallery: Jaguar XE recreates a DNA strand in the sand