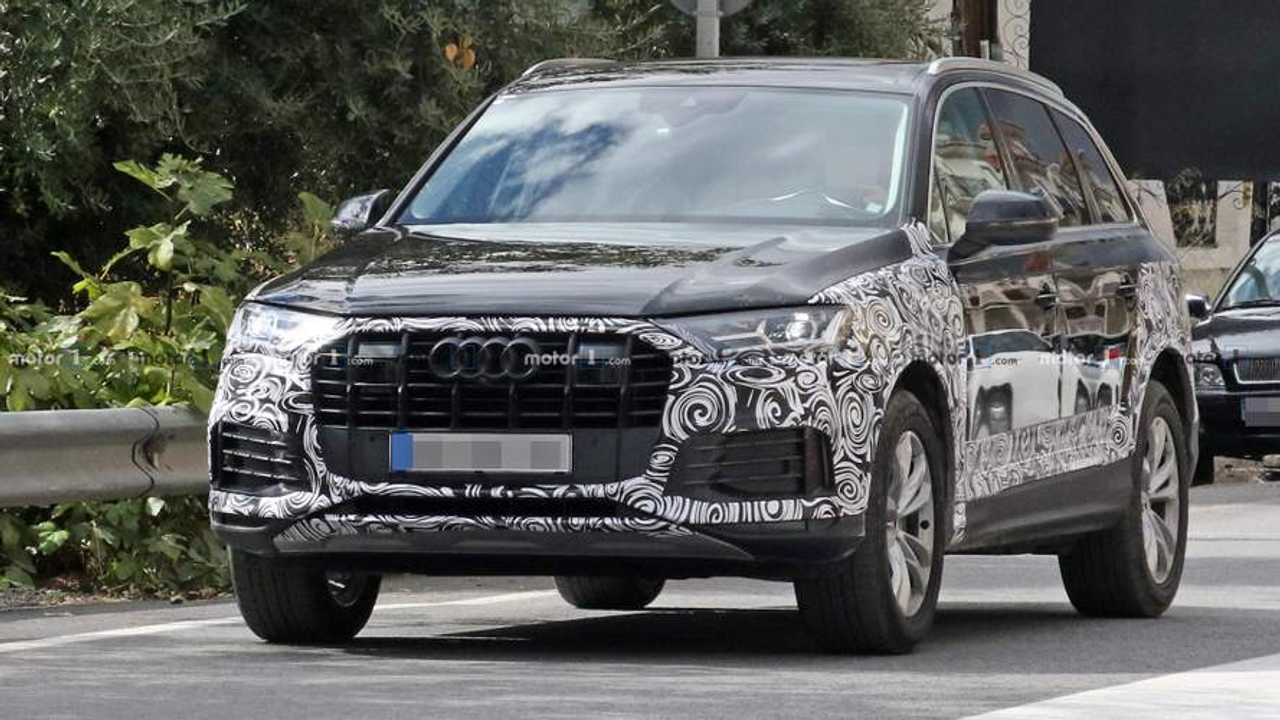 The styling updates include revisions to the front and rear fascias.

New spy shots show that Audi's engineers are hard at work on styling updates for the Q7 and SQ7. The latest generation of the brand's big SUV still feels fresh on the market after an original launch for the 2017 model year.

Audi's designers certainly don't overhaul the Q7's styling with this update. The separation between the grille surround and headlights appears to be thinner, and there's a revised lower fascia with diagonal cuts that create a more visually interesting design down there. The headlights have a similar shape, but their internal layout is different, including removing the bank of LEDs on the inner portion of the projectors. The photos of the back don't provide a great view of the rear end, but our spies report spotting tweaks to the lower portion of the bumper.

See what the current Audi SQ7 can do:

Other changes for the Q7 aren't clear. Two big sensors in the grille indicate the availability of even more advanced driver assistance tech. Powertrain tweaks are also possible at least in Europe to align better with the Worldwide Harmonised Light Vehicle Test Procedure emissions regulations.

The SQ7 shows off a more aggressive look up front. The corner intakes in the front fascia are larger and have sharper edges. There's also a different lower section that incorporates three, skinny intakes. The headlights have a different layout than the Q7 by incorporating an array of LED running lights along the bottom edge.

The SQ7's rear end is significantly more aggressive than the standard Q7. Cutouts in the bumper provide the room for two sets of dual exhausts. The roof spoiler looks a little larger, too.