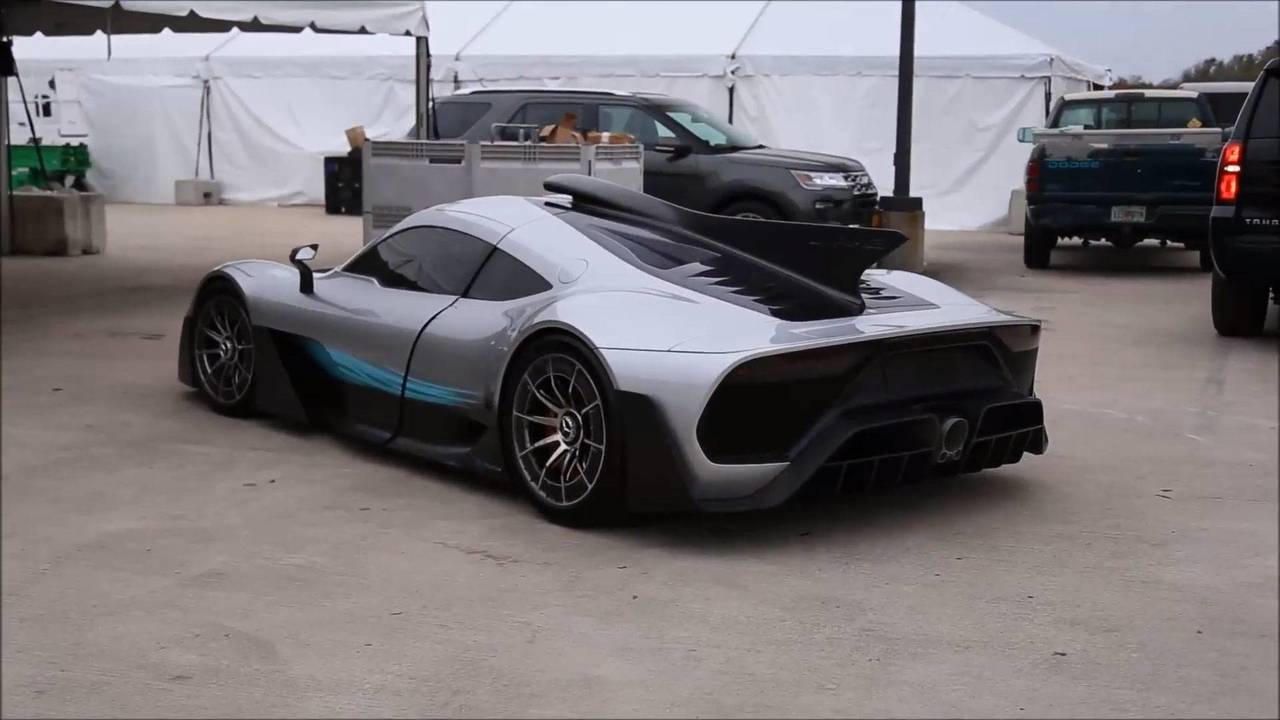 Powertrain-tweaks are behind the hold-up.

The long-awaited, Formula 1-engined hypercar from Mercedes-AMG, the One, is facing delays of up to nine months following changes that had to be made to the car’s race-bred powertrain.

Since F1 introduced 1.6-litre V6 hybrid engines at the start of 2014, Mercedes has been a dominant force, winning every drivers’ and constructors’ titles since, and it is looking likely that it will add to both of those tallies this year.

More on the Mercedes-AMG One

Away from the track, the hypercar game currently in full swing. Aston Martin and Red Bull Racing are joining the established players like Koenigsegg and McLaren, and Mercedes thought now would be a good time to put all that F1 pedigree to good use by introducing its first proper in-house supercar since the CLK GTR AMG of the 1990s.

However, an F1 engine is strictly an F1 engine for a reason. Rarely do they make it into road cars; the Ferrari F50 being a key example, the upcoming Lanzante 911 being another. Mercedes, as such, has had to undertake a massive re-working of its potent F1 engine to make it workable in the real world, and those adjustments have set the whole project back by quite a bit.

In order to fall in line with stringent emissions regulations the One has to rev at 1,200 rpm when sat at idle. An impressive feat? It might not seem like it, but in F1 trim, idle is closer to 5,000 rpm, which is closer to motorway cruising revs for an every day car.

“You have leakage in the throttles in Formula One and nobody cares, because it runs at a 5,000 rpm idle,” Mercedes-AMG boss Tobias Moers told Top Gear Magazine. “At a 1,200 rpm idle, you have to meet the emissions regulations. You need a stable, proper idle. If it’s unstable, your emissions are unstable.”

The engine’s redline also had to be cut. In F1 the powerplant’s limit is 14,000 rpm (that in itself is ‘low’ compared to some older F1 engines), but in road car trim it’ll be just 11,000 rpm. Power though will be similar to Lewis Hamilton’s F1 car. While exact numbers for the championship winning cars have never been disclosed, it is believed to be around 1,000 bhp, the number of horses that will be packed into the One hypercar.

As well as the four-figure horsepower number, 0-124 mph is expected to be handled in in less than six seconds, with the top speed being more than 217 mph.

With insane performance like that, and the promise of being able to tell your friends you have ‘an F1 car for the road’, you’d think most future owners of the car would be disappointed to hear of the delay. However, Moers told Top Gear that they’ve actually took the hold-up rather well.

“You know what they tell me? ‘Make sure that the car works. Because of what we experienced in the past with hybrid cars, take your time,’” he said; and they have a point. Imagine spending millions on your new toy, only to find out it doesn’t work.

So while the owners will have to wait a little longer, so will we, but we can’t wait to see the One when it finally arrives in production trim.