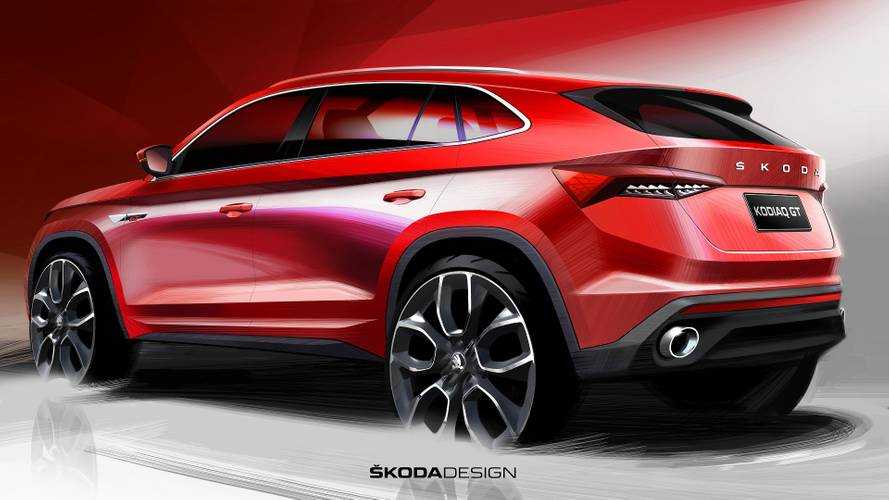 It will act as the brand's range-topper in the People's Republic.

Skoda’s plans to enter the so-called coupe-SUV segment will finally give results when the first-ever Kodiaq GT is launched. We are on the verge to see it as the Czech manufacturer has released the first teaser images glimpsing the more stylish brother of the popular Kodiaq and confirming the GT suffix.

These three design sketches re-confirm what was already known at this moment. The vehicle will have a sloped roofline, which will likely have a negative effect on the boot volume, but will give the model a much more appealing look. From what we can tell by the images, the GT version will retain the basic exterior dimensions almost unchanged compared to the regular Kodiaq.

The first interior drawing reveals the overall design inside the cabin won’t change much, but the coupe-SUV mashup will receive some unique add-ons like sports seats and probably more customisation options.

Skoda is also confirming the model will be an exclusive offering for the Chinese market. It will become the brand’s fourth and probably most expensive SUV in the country, after the Kamiq (not available elsewhere), Karoq, and regular Kodiaq. Skoda explains that this second exclusive SUV for China shows the company’s commitment to the local market.

Unconfirmed information points towards an official debut of the vehicle during this month’s 2018 Chengdu Auto Show with sales kicking off before the end of the year. According to different sources, the Kodiaq GT will be offered with a single engine in two power stages – a 2.0-litre TSI turbo petrol unit with 186 or 220 bhp.

As standard, power will be channelled to the front wheels, while optionally available will be an AWD system. Regardless of the choice, all models will be fitted with a DSG seven-speed dual-clutch gearbox.