Mercedes-AMG should be really proud of what it has achieved with the GT supercar, as a new spy video shows the upcoming refresh for the model will bring only minimal revisions. This prototype is not even featuring camouflage foil at the front, but that doesn’t exclude the possibility for some slight tweaks of the fascia. Most likely, the headlights will also get a new internal design for its reflectors.

There must be something changed at the back, because the rear end is disguised with a thin layer of camo. We are not really able to spot anything major, but it’s probably safe to assume the bumper diffuser and probably the taillights will be revised. Don’t be surprised if the exhaust receives a new shape, though the regular version of the model is not expected to gain a Lexus-style layout seen on other prototypes. 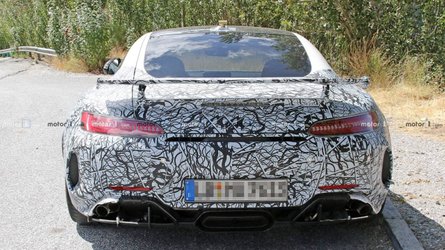 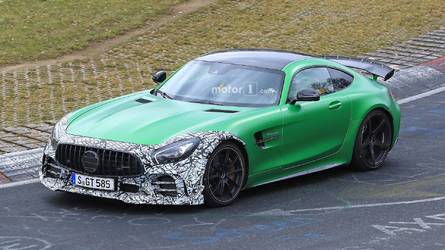 Regarding additional test prototype cars, we’ve seen a number of GTs out testing and it’s clear that the most interesting changes will occur at the top of the food chain. For example, on optional Clubsport Package should be available for the GT R bringing an assortment of performance and design upgrades. As far as the R variant is concerned, it is also planned for a roadster version set to arrive next year.

We know for a fact that the whole GT range, including the base S, C, and R models, will be updated in the next 6 to 12 months, but that doesn’t necessarily mean that the prototype from the video at the top is indeed based on the facelift. It could be just an older GT prototype, which Mercedes-AMG still uses to test and adjust some new powertrain, engine, or suspension components. Still, it’s a rare sight to see a Mercedes-AMG GT on the streets, let alone a camouflaged one.

Note: The photo gallery below depicts another prototype.