We are glad to report the compact estate will live to see another generation.

With the demise of the CLS Shooting Brake, many people assumed the smaller CLA-based stylish estate would suffer from the same fate, but it looks like those folks were wrong. Mercedes has been spotted out in the open testing a new CLA Shooting Brake carrying an extensive camouflage to conceal what looks to be the full production body.

Featuring old-school halogen headlights and riding on small steel wheels lacking hubcaps, some might say the car doesn’t seem to be fancy enough to be worthy of the three-pointed star, but let’s keep in mind this is merely a prototype. There’s thicker disguise at the rear too further hide the quarter glass and how the roofline meets the spoiler. 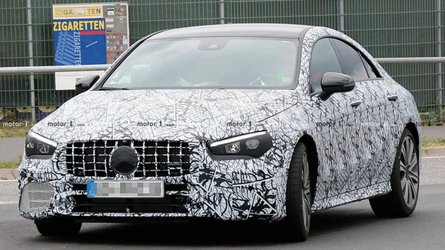 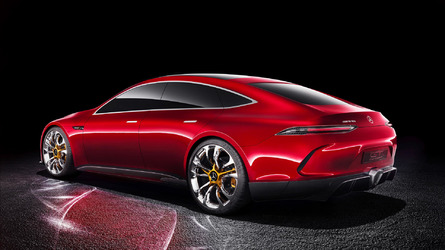 Next Mercedes CLA To Get Fastback Design?

Since we’ve started talking about the back, we can easily observe the two-piece taillights extending onto the tailgate unlike the old one featuring one-piece clusters that were flanking the tailgate. We also notice the license plate has been moved significantly lower as it now sits on the rear bumper.

Speaking of bits and pieces that have been repositioned, the side mirrors are no longer right next to the A-pillars as Mercedes has decided to move them lower on the doors where the handles also appear to sit lower than those of the old CLA Shooting Brake.

Although we don’t have a full view of the front fascia, it looks like the headlights are different than those of the A-Class hatchback and the newly introduced A-Class Sedan. The swirly camo masks the front bumper’s fairly generous air intakes, while the big Mercedes logo is missing from the grille.

The CLA Shooting Brake won’t be coming out anytime soon as logic tells us Mercedes will first introduce the regular CLA.