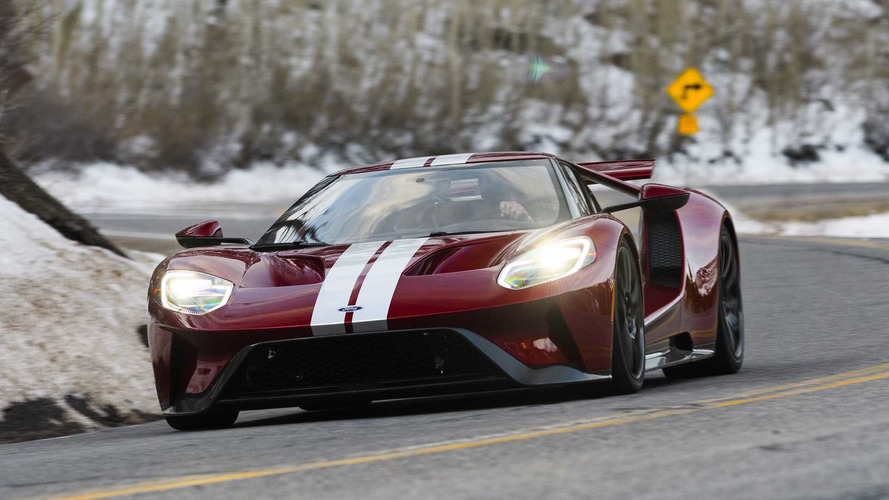 Roughly 200 cars are affected, which means pretty much all of them.

As far as recalls go, this one is pretty darned small. That’s because it affects the second-generation Ford GT, a car built in exceedingly small numbers thus far. However, that also means the recall – which Ford says covers “approximately 200 select 2017-2018 Ford GT vehicles" – actually applies to just about every new GT the company has built. How’s that for irony?

Here's the latest on the Ford GT:

Fast from the past: Ford GT Heritage Edition gets retro gulf livery

What would prompt the Blue Oval to recall its LeMans-winning supercar? There’s an issue with hydraulic fluid leaking from a valve block beneath the car’s active rear wing. Unfortunately, the exhaust for the GT’s twin-turbo V6 also exists beneath that wing, and hot piping generally doesn’t play well with leaking hydraulic fluid. Ford says it’s aware of one fire that occurred on a car in Germany, but there isn’t additional mention of any other problems, accidents, or injuries.

The exact nature of the leak isn’t described, but Ford’s fix is to update vehicle software that should stop potentially excessive pressure in the aforementioned valve block assembly. Ford also says some cars will get a check valve for the rear wing’s hydraulic system, along with new o-rings and a filter. It sounds like high pressure in the system could’ve been blowing out o-rings, leading to the leak.

Ford further dials in the recall number at approximately 194 cars total, with 176 of those in the U.S. and 18 in Canada. Curiously, nothing is mentioned about Germany, where the only known incident occurred.

We don’t know exactly how many Ford GTs have been built so far, but the recall must represent nearly all of them. Ford was planning to build 250 cars each year for four years, but only 138 were screwed together in 2017, the first year of production. The recall covers cars built from December 2016 through July of this year.

DEARBORN, Mich., Oct. 10, 2018 – Ford is issuing a recall for approximately 200 select 2017-18 Ford GT vehicles. In affected vehicles, hydraulic fluid may leak from the valve block assembly located underneath the rear wing onto the exhaust and may cause a fire.

Ford is aware of one fire that occurred in Germany with no injuries. Ford is not aware of any accidents or injuries as a result of this condition.

There are approximately 194 vehicles in North America relating to this concern, with 176 in the United States and 18 in Canada. The Ford reference number for this recall is 18S29.

Dealers will perform a software update to the fully integrated vehicle controller, which eliminates the possibility of excessive pressure in the valve block assembly. Some vehicles will have a rear wing hydraulic check valve installed and will have o-rings and filter replaced, if needed.