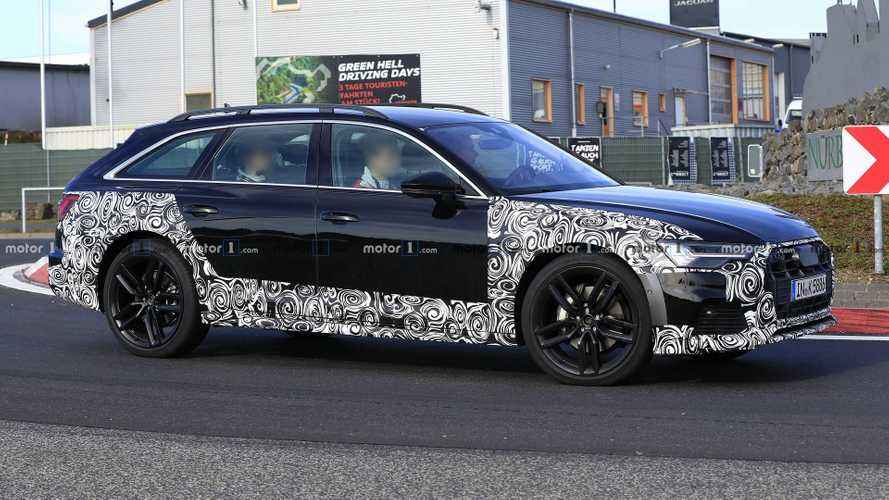 The new rugged estate should debut next year.

Following its spy photo debut in June this year, the next generation Audi A6 Allroad is returning in a fresh batch of shots. It’s easily visible that the German SUV antidote has lost a significant amount of camouflage in the last couple of weeks and is very close to its final production form.

Audi A6 Allroad Rendering Looks Ready To Get Dirty

This prototype lacks the full body disguise of the previous prototype and features a different set of alloy wheels. It may look like a regular A6 estate, but the raised suspension and plastic wheel arches tell a different story.

The standard A6 Avant and its jacked-up counterpart share the same overall dimensions and will have a lot of common mechanical components. In fact, the powertrains range of the Allroad will mirror the motors offered for the estate, with the only difference being the standard Quattro all-wheel drive.

Identical exterior dimensions mean the A6 Allroad will have the same cavernous boot which, in standard five-seat layout, will be able to hold up to 565 litres. Fold the rear seats down and the volume will extend to no less than 1,680 litres.

Designed as a rival to the Volvo V90 Cross Country and the Mercedes E-Class All-Terrain, the premium rugged estate will come as standard with a seven-speed automatic gearbox and a mild hybrid system for all engines. The smaller four-cylinder units are not planned to become part of the model’s engine range, though.

The new A6 Avant is offered with an optional sport differential that can transfer the power between the rear wheels during cornering. We expect to see this feature, as well as the advanced coasting function, in the A6 Allroad, too. The latter allows the vehicle to coast at speeds of up to 99.4 mph with the engine turned off.