Kim Jong-Un trades in his Mercedes for a Rolls-Royce 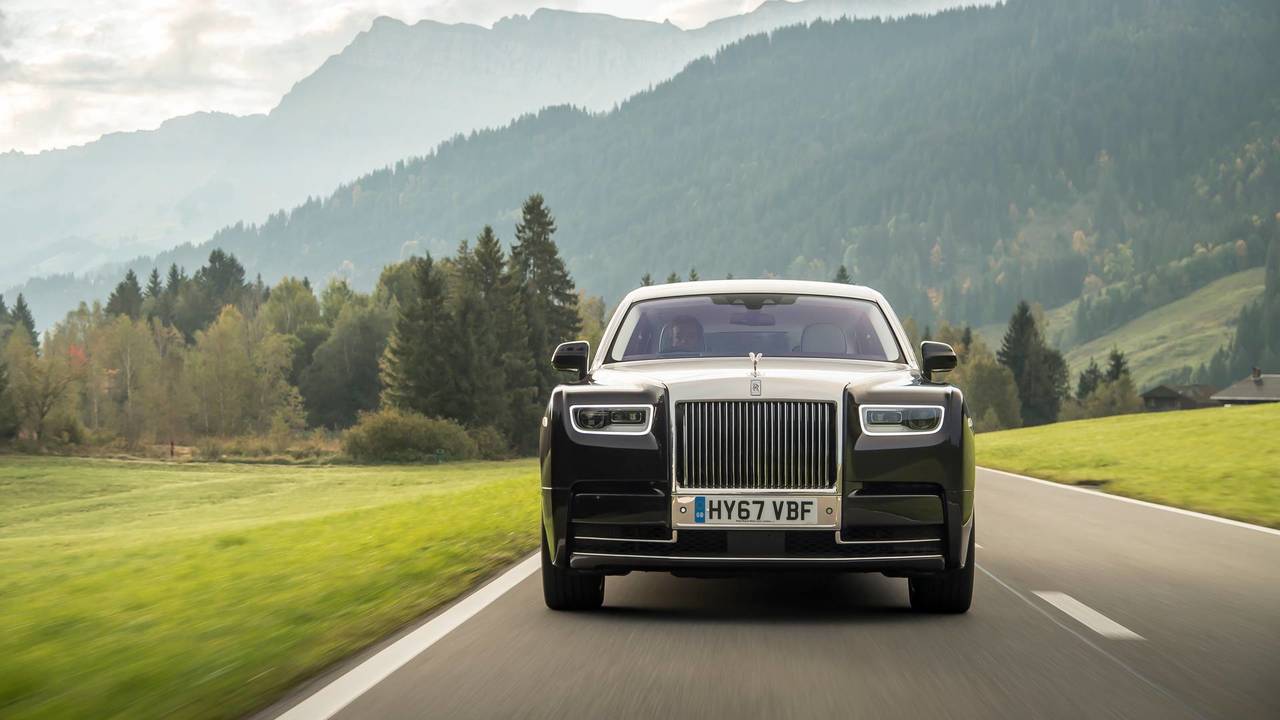 The black Phantom was spotted during a recent visit by the US secretary of state.

News from North Korea! Well, every other news outlet in the world has been talking about the place, we were feeling left out.

During US secretary of state Mike Pompeo’s recent visit to the secluded state, footage revealed that the country’s leader Kim Jong-Un has been rolling around in a Roller.

Kim has previously been seen in a fleet of custom-built Pullman Guard Mercedes limousines, based on the 2012 S600, but now it seems that he’s swapped German engineering for German-financed British engineering instead in the form of the Rolls-Royce Phantom.

Kim is known to have a keen interest in cars, as well as planes, and his latest choice of vehicle seems to demonstrate that. When US president Donald Trump met the North Korean leader in Singapore earlier this year, Kim took a keen interest in Trump’s presidential limousine, dubbed ‘The Beast’ (below).

Now in something of a real-world game of Top Trumps – and an act of defiance against the sanctions imposed on North Korea by the US – Kim’s new Rolls-Royce made its first public appearance right under the world’s watchful eye as Pompeo returned to the country.

Other than its existence, and the fact that it is painted black, very little else is known about Kim’s new Rolls-Royce – much like the rest of North Korea. Could it be armoured? Almost definitely, it is a car belonging to a head of state after all.

Armoured Rolls-Royce Phantoms certainly aren’t anything out of the ordinary. There are a number of companies out there already that offer such conversions for the luxury cars. Mutec is one company in particular, which has been making Phantoms ‘everything-proof’ for the best part of a decade for a hefty sum that almost doubles the list price of the car – not that a dictator would care about cost.

As for Kim’s old Mercs, the North Korean regime tends to use older vehicles to move around secondary VIPs. Some other Mercedes-Benz models that are about 30 years old have been kept in service this way, and the S600-based limos were also used during Pompeo’s visit, but not to transport Kim anywhere.

So there you have it. Kim Jong-Un maybe a lot of things, and a lot of things we don’t know about; but we can now say with some certainty that he is definitely a petrolhead.