The results are surprising.

If you asked a handful of strangers to describe Jaguar in one word, you’d likely get responses such as "luxurious," "sporty," and "refined." One word likely absent is "supercar." However, Jaguar does have an offering that pushes those boundaries – and it’s a saloon called the Jaguar XE Project 8. 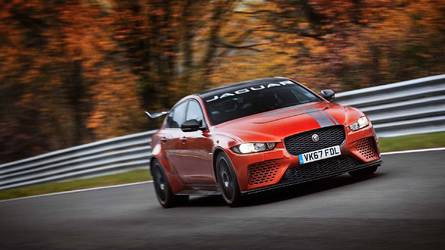 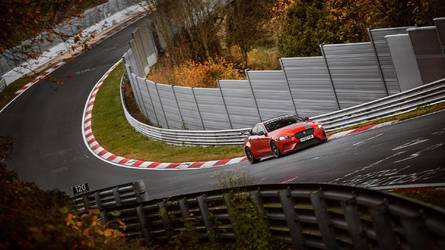 On paper signed and notarised by Jaguar, the XE Project 8 produces 592 bhp and 516 pound-feet of torque from its supercharged 5.0-litre engine. When the British automaker introduced the car a year ago, it was the most powerful Jaguar road car ever. While that’s an impressive horsepower and torque figure, what automaker’s claim a car produces and what a car actually produces can be two different numbers. Automakers often under report a vehicle’s real output.

The Harry’s Garage YouTube channel got the chance to take a Jaguar XE Project 8 to a dyno to see just how much power the car produces. The dyno run shows the Jag producing 601 bhp and 506 lb-ft of torque. It’s up on horsepower and a tad down on torque, which is impressive for the super saloon. The car can hit 60 mph from a standstill in 3.3 seconds with a top speed of 200 mph.

Add all the sporty bits of the Jaguar XE Project 8, and you have a modern-day supercar.