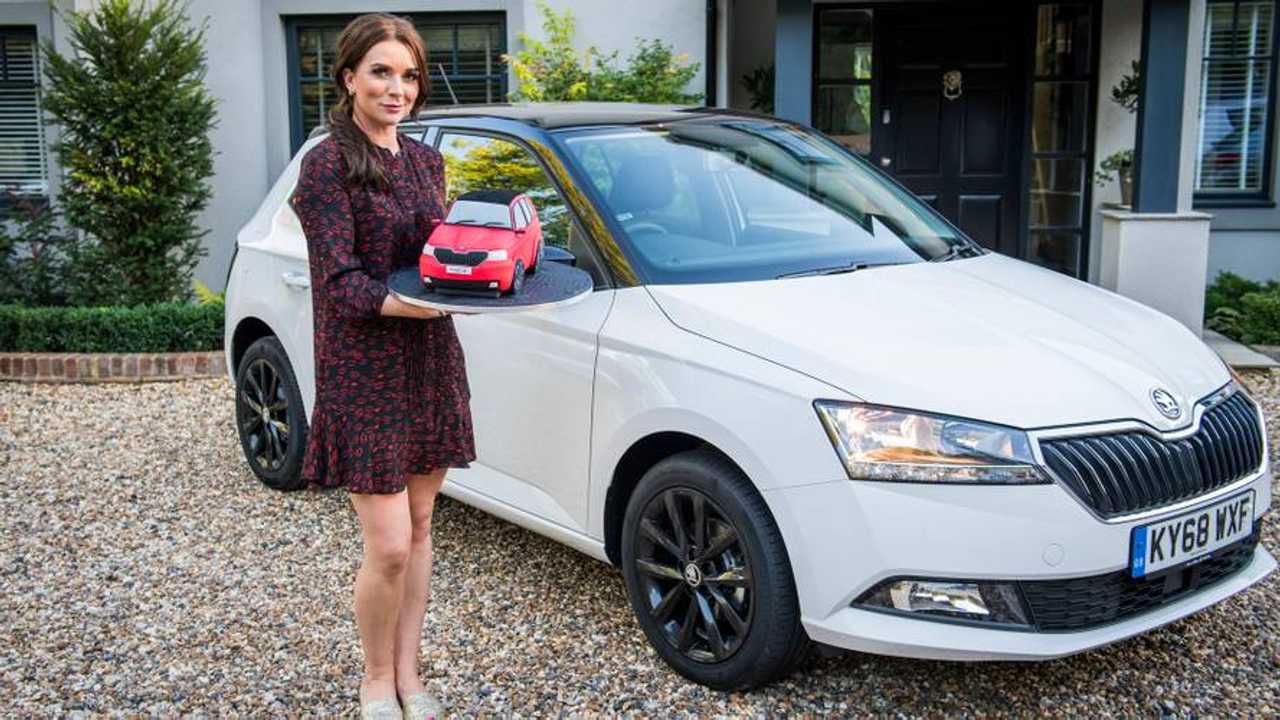 Bake Off fave Candice has reimagined the cake from the 2007 Fabia advert.

Skoda has teamed up with 2016 Great British Bake Off winner Candice Brown to launch the facelifted Fabia hatchback.

Brown, now a professional baker, was commissioned to create a new Fabia cake to pay homage to the 2007 Fabia TV advert. In that commercial, viewers saw a team of bakers create a life-sized Fabia cake, which measured in at almost four metres in length.

More on the new Skoda Fabia:

Brown’s new version, however, is somewhat smaller, and the baker has released the recipe to her new confection in the hope that other would-be bakers will create their own version.

The cake was built using six layers of fluffy lemon sponge held together with citrus-infused buttercream – a bulk that was then carved to form the shape of the Fabia.

Using a well-equipped Monte Carlo model as inspiration, Brown then used fondant icing to create the bodywork, complete with headlights, wheels, windscreen wipers and a front grille. The Skoda badge even featured on the nose.

Skoda is running a competition on social media using the hashtag #FabiaCake to find the best cake-based Fabia. Entries are open until November 5.

Candice commented: “Everyone remembers and loves the original ad so when I got the challenge through to recreate the new Fabia out of cake, I jumped at it. We’re encouraging everyone and anyone to have a go to see if they can recreate the car.

“The beauty of baking is that it doesn’t matter how good or bad you are, regardless of what it looks like cake is always delicious, so you can’t go far wrong… Hopefully.”

The Fabia was facelifted earlier in the year, with a new grille and LED daytime running lights, while new safety equipment has also been added. All models now feature forward collision avoidance technology, while blind-spot monitoring and rear traffic alert systems, which detect oncoming vehicles while reversing out of parking spaces, are available as options.

Petrol engines make up the entirety of the range, with three 1-litre engines taking the strain. The entry-level unit is taken from the Citigo city car and has 74 bhp, while the more expensive options comprise 94 bhp and 108 bhp turbocharged powerplants. The more powerful of the two is available with an optional automatic gearbox.

Prices for the new Fabia start at £12,840 – more than £2,000 more than the pre-facelift version of the spacious supermini – while the even more capacious Estate version starts at £13,860.