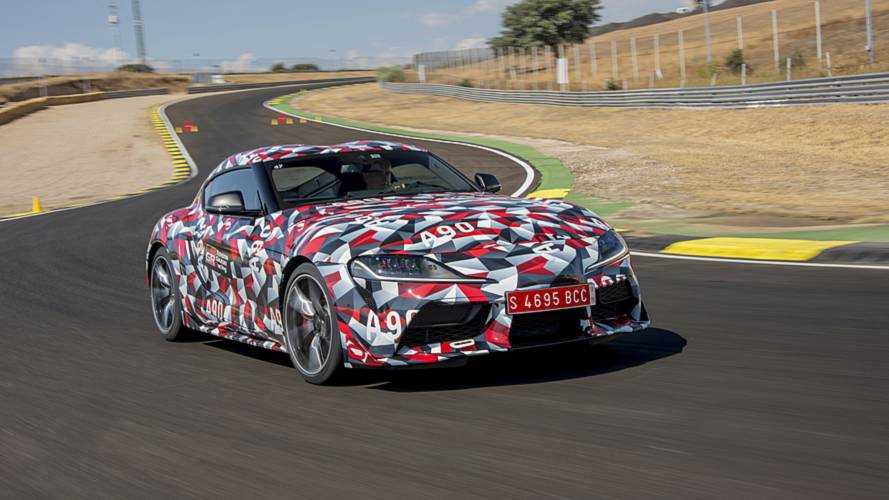 Only 300 are coming to the UK in the car's first year of production.

It seems as if we've been waiting for the Toyota Supra for a million years, and now the iconic sports car's return is just around the corner.

That is great news, and what's even greater news is that the car will be available in the UK. Now for the not so great news – right now the Japanese brand is only bringing 300 new Supras to the UK in 2019, and deposits are being accepted right now.

The latest on the new Toyota Supra

Reservations can be made on Toyota's national consumer website or on the Toyota app, where prospective customers must enter their personal details and submit a £1,000 deposit which is refundable if a customer is crazy enough to change their mind. Those that miss out on the coveted 300 spots will be placed on a waiting list, while the proper order books will open in the new year.

*Insert awkward silence while you stop reading to go and put down your deposit.*

"The new Toyota Supra is a thoroughbred sports car with huge appeal to customers who seeking a great driving experiences and exclusivity," said Andrew Cullis, Toyota GB marketing director. "With only limited numbers available, we want to give people the earliest opportunity to secure their vehicle."

Toyota has been keeping its cards close to its chest when it comes to the new Supra. It barely even acknowledged its existence for a while, then it was coy on whether or not it'd wear the Supra nameplate. With that cleared up, all that remains is actual spec details for the car. We know that the car started life as a collaboration between BMW – which has been working on a new Z4 – and we know the Supra will also have both four- and six-cylinder engine options, but other than that, everything else has remained a closely guarded secret.

A prototype of the car has been doing the rounds as well (pictured above), and made its UK debut at the Goodwood Festival of Speed earlier this year sporting a camouflage livery so as to not give much away, but it did give us the best idea yet of what the new car will look like.

We won't need to wait much longer to see it though, a debut appearance for the production-ready Supra is set for the Detroit motor show in January.