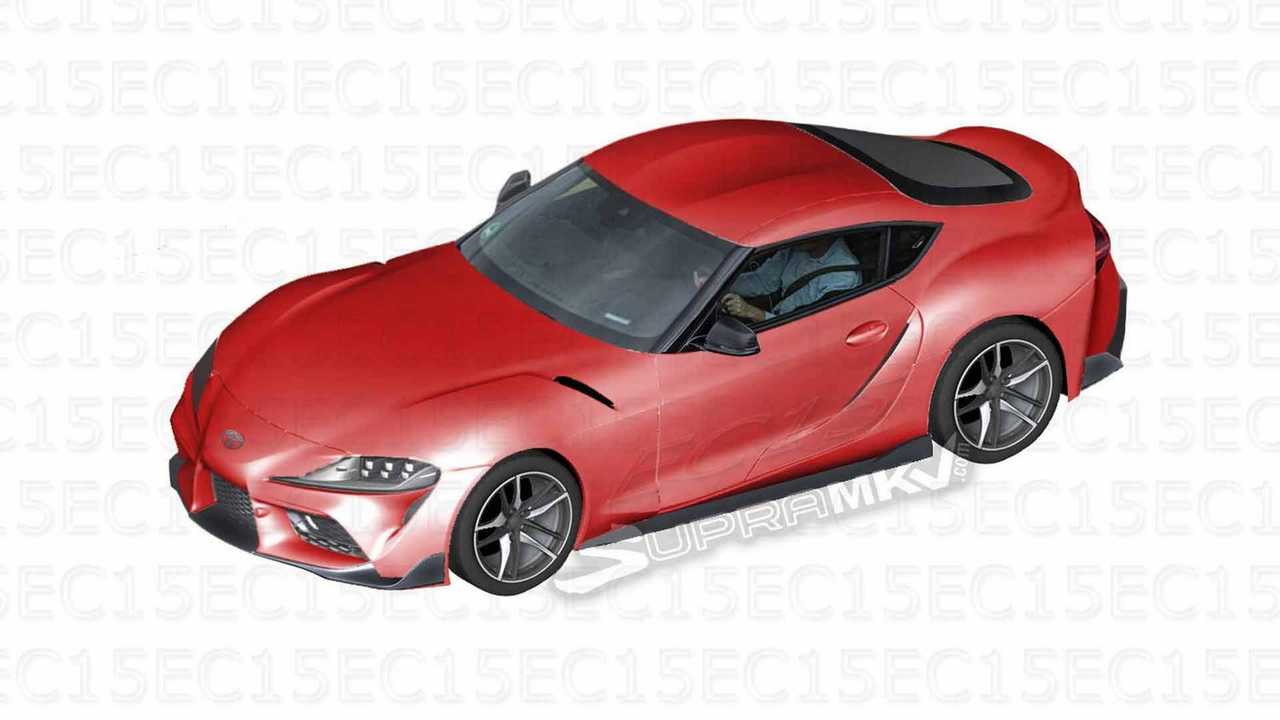 From a styling perspective, the Supra looks to be a hit.

Last week, the Toyota Supra's parts guide leaked online (gallery below) and provided a wealth of photos that provided tons of details about the much-anticipated model. Now, a user of the Supra MKV forum has used these images to create a render of the upcoming sports coupe. Unless pictures of an uncamouflaged Supra leak out, this is likely our best possible view of the car until the official unveiling in January at the 2019 North American International Auto Show in Detroit.

Get excited about the Supra:

The renderings match what we expect the Supra to look like based on the many spy shots of its development. A low-slung, rounded nose features three inlets in the lower fascia. Each headlight has six LEDs, and images so far indicate that these are standard on all versions. Cuts behind the front wings add a sporty flourish to the front end's design. Two bubbles in the roof provide a motorsport-inspired touch. A large hatch flows down the rear, and a ducktail spoiler incorporates into the back.

Inside, the Supra boasts quite a bit of tech. A digital instrument panel appears to be standard, and the parts guide shows four available levels of power seat adjustment. While not visible in the render, spy shots (right, below) show that a wide infotainment screen sits at the top of the centre stack. Lots of the switches underneath it appear to come straight from BMW, due to the German's partnership on the project.

The parts list also revealed the Supra's engine lineup. A 2.0-litre turbocharged four-cylinder will come in the base 20i trim. A more powerful version of this powerplant will be in the 30i. To top the range at launch, there will be a 3.0-litre turbocharged inline six. All of these powerplants will connect to an automatic gearbox that will likely be an eight-speed unit.